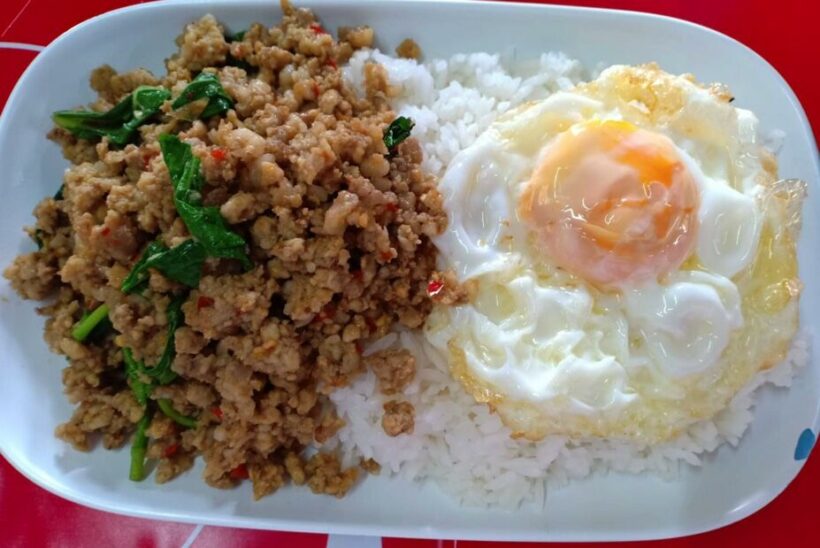 Price inflation continues to rear its head in Thailand and across the globe. The latest item to get more expensive is made-to-order food. The average price per dish of made-to-order food bumped up by about 3.7 baht or 6.7% in May, according to a year-on-year comparison by the food delivery app Line Man Wongnai.

The report said that dishes with pork have remained around the same price, however, prices on chicken dishes have been spiking since March. Pork dishes cost from 64-69 baht on average in the first half of 2022, while dishes with other meats ranged from 64-80 baht.

Prices in Bangkok and its surrounding province remain the highest in Thailand, however, prices in other areas of the Kingdom have spiked much more steeply than those in the capital.

Thailand’s Ministry of Commerce had estimated that the prices of made-to-order food would rise by 7.1%. The 6.7% price spike almost matches the ministry’s prediction.

Last month, the ministry said it planned to freeze prices on 46 items. These items included chicken and pork, among several other food items. Commerce Minister Jurin Laksanawisit said that he had instructed governors and commerce officials in all provinces to monitor prices of goods, to prevent traders from hiking the prices of controlled products.

But Thailand’s prices on several products, including made-to-eat foods, seem to keep rising.

Thailand tourism looking up, predictions of 1.5 million per month