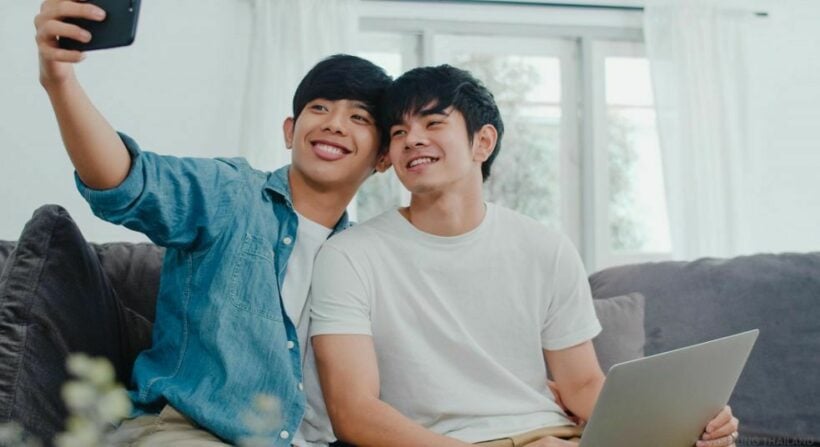 In today’s modern world, many companies are accepting the status of LGBTQ+ couples. And, for purchasing property through obtaining a loan, many places worldwide recognise such couples’ unions as legal. According to the LGBT GDP, Wealth & Travel Data 2018 report by LGBT Capital, it is estimated that 6.5% of the world’s LGBTQ+ population reside in Asia. And, in Thailand, that number sits at around 4.5 million.

But how hard is it to obtain a loan in order to buy property for LGBTQ+ couples?

Here, we go over the possibilities for buying property in Thailand for this subset of people. As Out Now Consulting, along with World Travel Markets have conducted research over the matter, it concludes that such persons are spending up to $200 billion per year in tourism. And, as a majority of LGBTQ+ persons are without children, this increases their spending potential on tourism. Many real estate developers have realised that the future market is bright in terms of LGBTQ+ persons being able to purchase property.

However, despite Thailand hosting many international LGBTQ+ events, legally it does not recognise same-sex marriages. This can be troubling for such couples as the rules surrounding joint loans seems to exclude such unions from qualifying for these types of loans. And, as their relationship is not recognised legally, their status does not meet the conditions for applying and obtaining a joint property loan. As of now, banks are also backing up such exclusions by citing that unmarried couples are at a higher risk of defaulting on loans.

But, there is some good news that may help such persons obtain loans in order to buy property in Thailand.

Although the laws currently don’t reflect the increasing, worldwide acceptance of such unions, some financial institutions are recognising the need for including LGBTQ+ couples in qualifying for loans. Such policies are currently being implemented by some institutions to allow for joint loans in Thailand. Although it is possible, those policies include more specific conditions that need to be met in order to qualify.

In other areas, Thai companies are already starting to recognise such persons by extending benefits to them. DTAC, the mobile phone company, announced in July, that they would be taking steps to include LGBTQ+ persons in their employment policies. The CEO of DTAC made clear their support of the community and gender and sexual orientation equality.

“We have zero tolerance for discrimination based on gender, sexual orientation, age, ethnicity, religion. This has long been part of our code of conduct.”

Many same-sex couples are waiting for amendments to Thailand’s Marriage Act to help bridge the gap between recognising such unions and giving them the same rights as others. Currently, as such unions are not observed legally, the good news is that the world, in general, is progressing. If Thailand chooses to follow others in these modern times, LGBTQ+ couples may see increased rights, along with the ability to obtain joint loans. One thing’s for sure, if research shows that such families have a high purchasing power, many companies will likely amend policies in order to “follow the money” at the very least.

Thai police crack down on street racing, more than 300,000 motorbikes seized this year