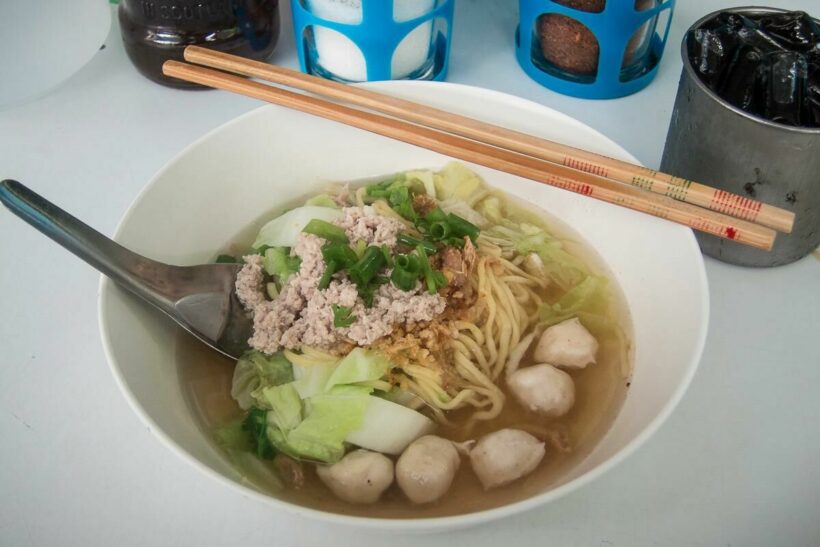 A restaurant in the northern province of Chiang Mai promises to keep serving 3 baht noodles, despite the cost of ingredients being higher than ever. The restaurant’s owner Thawat Pirata said he hasn’t increased the price of noodles in 34 years and doesn’t plan to.

The 64 year old owner of noodle shop Kway Teow Sam Baht – or “3 Baht Noodles” – said the restaurant in Muang district has lost 30% of its profits in recent times due to the price of ingredients soaring upwards. The cost of ingredients has doubled, but Thawat pledges to keep his noodles at a very affordable 3 baht to help others who are struggling in the current difficult economy. At that price, you could eat 10 bowls and still be dining on a budget.

At 3 baht, Thawat’s noodles are even cheaper than the famous 6 baht packets of Mama noodles that come in various – mostly fishy – flavours sold in 7-Eleven. Mama noodles have cost an affordable 6 baht since 2014, but are set to increase by 50 satang to 1 baht per packet in the near future. The company said the price increase is necessary to combat the rising costs of transport and raw materials.

Last month, a famous noodle shop in Bangkok was forced to close its doors for good after serving fish meatball noodles for more than 80 years. The shop’s owner said they had “never seen ingredients this expensive before.”

Police pickup crashes into motorbike, one teenager dead and another seriously injured