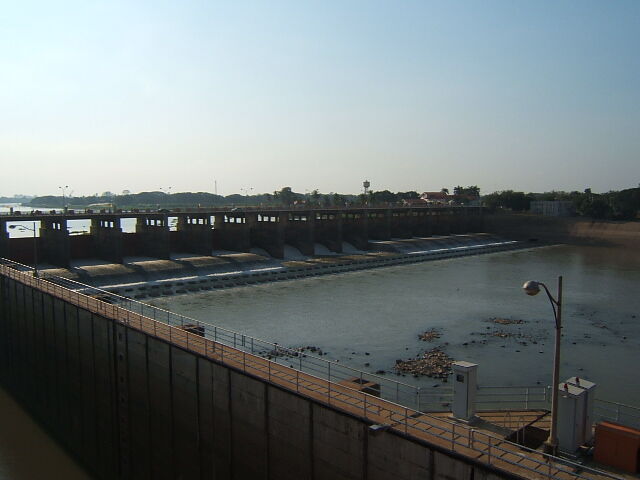 The Office of National Water Resources announced yesterday that rice fields in central Thailand’s Chao Phraya will be made into temporary water retention areas after farmers finish harvesting them at the end of this month.

The office’s secretary-general, Surasee Kittimthon, said that more water will be drained from northern Thailandvia the Chao Phraya Dam in Chai Nat province in early October. He noted that one or two storms are expected in Thailand next month, adding more possible floods.

Surasee said that the National Water Command Centre instructed the Meteorological Department, and the Institute of Water Resources Information, to use their weather and water forecasts to assess the water runoffs from the north and plan how to manage the water accordingly.

There are currently about 2,200m3/sec of water flowing from the north into the Chao Phraya reservoir, Surasee said. He said there are about 1,980m3/sec being discharged through the dam.

If the water inflow rate from the north jumps up to 2,500m3/sec, some of it will have to be discharged downstream, toward the eastern and western reaches of the Chao Phraya River, in addition to the draining of water into rice fields, he said.

Surasee noted, however, that there is still plenty of space in reservoirs behind major dams in the north to store more rainwater.

In recent months, Thailand’s floods have wreaked havoc throughout the country. In Bangkok, some academics have suggested that the Bangkok Metropolitan Administrationuse incentives for land owners tooffer their land for water retention.

Some have also said that lands in Bangkok such as public parks should be converted into water retention zones in case of need.

Guard arrested on murder of woman he has a crush on