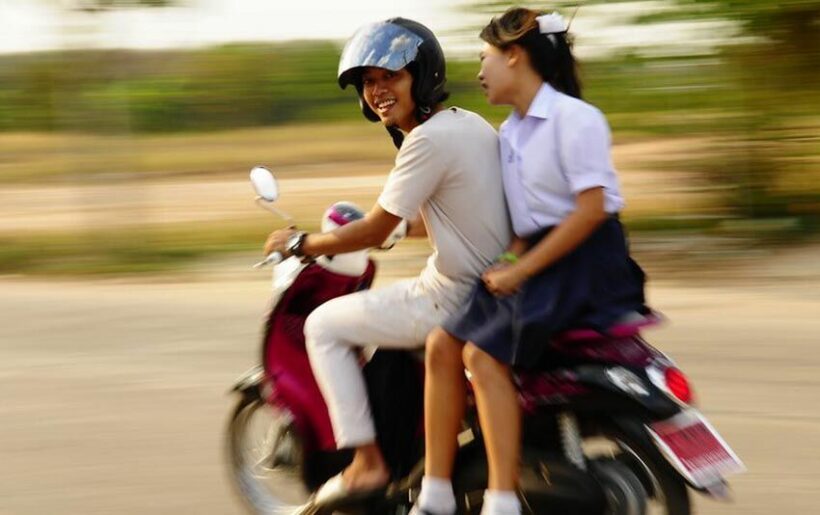 The director of the road safety group, ThaiRAP, says bad roads are a significant contributor to motorbike accidents in the kingdom. Kasem Choo­charukul was commenting on Thailand having the highest number of deaths from motorbike accidents in the world. According to a Bangkok Post report, he says 3 out of 4 roads, covering a distance of 1,000 kilometres, have been deemed unsafe for motorbike riders. Risks include curved lanes that are designed for cars, not bikes, as well as hazards such as holes in the roads. He blames the fact that in Thailand, roads are designed for car drivers, not bike riders, despite the latter group making up the majority of road users.

“Roads in Australia, France, England, and the US are mostly designed for cars due to there being proportionally more cars than motorcycles, but it’s not like that in Thailand.”

Other hazards in Thailand include bike lanes being on the left, which is also the lane for lorries. The roadside positioning of electric poles and trees has also contributed to motorbike fatalities, while roadside barriers are designed with cars, not bikes, in mind. Kasem is calling on the government to invest more in road safety measures for Thailand’s motorbike users.

“If the government injects only 0.1 – 0.2 % of GDP each year, or about 15 billion baht into the road network, it will save some 7,500 people from suffering a road accident each year.”

In 2018, a World Health Organisation report revealed that over 22,000 people had died in road traffic accidents in Thailand that year, with 74% of victims being bike riders. Chamaiphan Santikan, a former WHO adviser, says the number of bikes in the kingdom increases by around a million each year. However, while 21 million bikes have been registered, around 11 million users don’t have a driving licence. Chamaiphan points out that the annual death rate from motorbike accidents is higher than the number of Covid-19 fatalities.

“Over the past 18 years, the yearly number of deaths from motorcycle accidents has been more than the number of deaths we have seen from Covid-19 last or this year. But the government hasn’t stepped up measures to deal with this issue. A proposal was also submitted to the PM but it has yet to see progress.”

Expect thunderstorms and strong winds over the next day