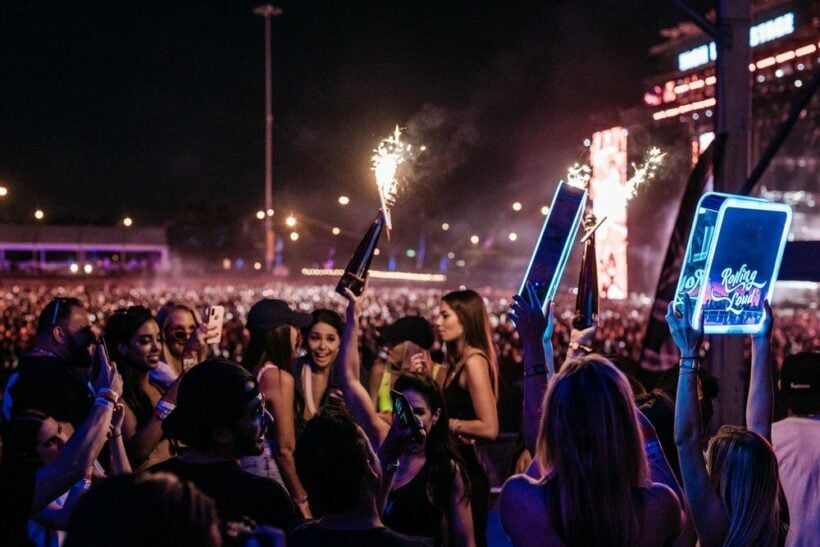 World-famous hip-hop festival ‘Rolling Loud’ is coming to Thailand in 2023. The occasion will mark the festival’s expansion into Asia for the first time, having previously thrown parties in the United States, Europe and Australia.

The festival made the announcement via Twitter on July 26, stating “Rolling Loud Thailand, See you 2023.” Further details about dates, location, times, ticket prices, lineup etc., are not yet available.

Kendrick Lamar, Nicki Minaj, Future, A$AP Rocky and Action Bronson are just a few artists who have headlined the festival in the past.

Rolling Loud was established in 2015 and has been held in the United States, the Netherlands, Australia, Portugal and Canada. Rolling Loud’s most recent festival was held in Miami last week.

Thailand’s hip-hop scene is fairly small, and no other major hip-hop event or festival has ever come to the kingdom before.

Billboard magazine called Rolling Loud “the be-all of hip-hop festivals” and Complex called it “one of the biggest rap-only festivals in the world.”

However, the festival has been criticised by NPR as a “hotbed for arrests.” The New York Times said “Rolling Loud events have been connected to arrests and violence in the past.” Insider described the 2019 Miami festival as “plagued by chaos.”

Last week, on the first day of Rolling Loud Miami 2022, multiple objects were thrown at rapper Kid Cudi from the crowd, including a water bottle which hit his face.

In 2019, rapper Travis Scott was criticised for allegedly “causing a stampede” during his performance at the festival. A lawsuit claimed that Scott was negligent by encouraging the crowd to become aggressive while people were “injured, suffocating, losing consciousness, fighting and being trampled.” The same thing happened at Scott’s festival ‘Astroworld’ in November last year, where ten people died from a crowd crush.

At Rolling Loud in Los Angeles in 2019, a 23 year old attendee was rushed to hospital after he was assaulted and died four days later. His death was considered a homicide.

Let’s hope Rolling Loud festival’s move to Asia brings only hip-hop music and the chaos is left behind.

Thailand second most dangerous place in the world to drive

Over 4,000 civilians evacuated in Isaan as tropical storm Noru hits