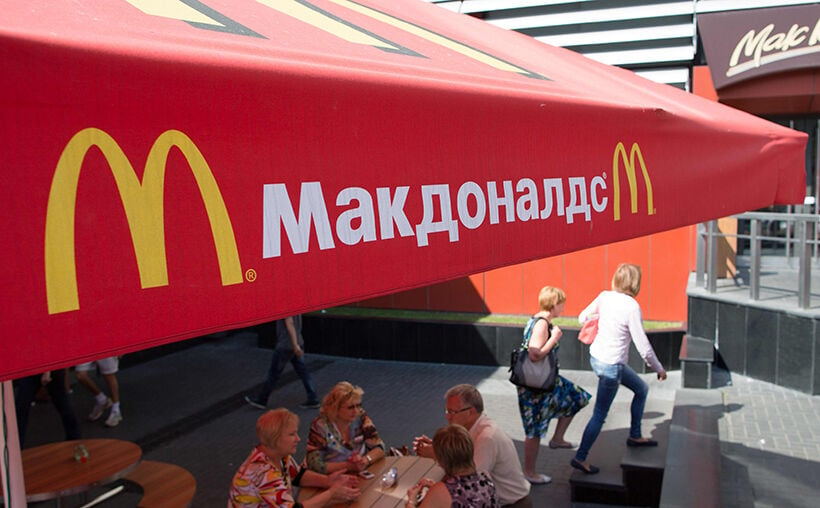 Shares in McDonald’s restaurants plummeted yesterday losing billions on the stock exchange following the US fast-food giant’s decision to pull out of Russia in the wake of the Ukraine invasion.

The US multinational temporarily closed all of its outlets in March after Russia invaded Ukraine on February 24, setting off a chain of unrivaled economic sanctions against the former Soviet state. Big global brands and corporations such as Coca-Cola, Starbucks, and Heineken have all followed the burger giant’s lead.

McDonald’s chief executive Chris Kempczinski says the company made the decision because of the “humanitarian crisis” and “unpredictable operating environment” caused by the Ukraine war.

“This is a complicated issue that’s without precedent and with profound consequences,” Kempczinski was quoted by The New York Times.

“Some might argue that providing access to food and continuing to employ tens of thousands of ordinary citizens is surely the right thing to do. But it is impossible to ignore the humanitarian crisis caused by the war in Ukraine. And it is impossible to imagine the Golden Arches representing the same hope and promise that led us to enter the Russian market 32 years ago.”

The decision to exit Russia will cost the Chicago-based company in the region of US$1.2 billion to US$1.4 billion, while shares, which were barely changed in early trading, tumbled 0.41% to US$245.04.

The closure of its restaurants in Russia cost McDonalds US$127 million last quarter, a recent report revealed. Almost US$27 million came from staff costs, lease payments and supplies, while US$100 million was lost from food.

McDonald’s is looking to sell the franchise, which employs more than 60,000 workers in its 847 Russian restaurants, and says it is committed to paying its employees until it is sold.

Once the sale goes through the burger giant will “de-arch” its restaurants meaning the new owners will no longer be able to use the McDonald’s name, logo or menu.

McDonald’s withdrawal from Russia will bring an end to a 32 year relationship. The food giant first opened its doors to much fanfare at Pushkin Square, in Moscow on January 31, 1990.