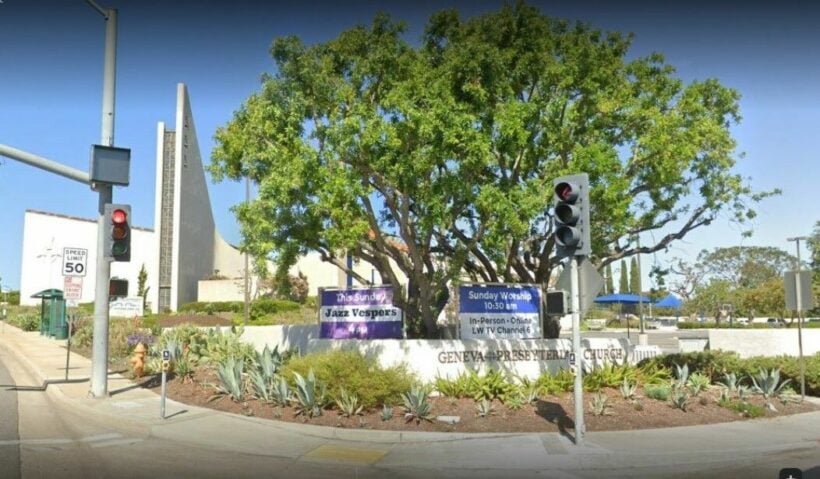 A shooting at a church around 70 kilometres outside Los Angeles, California, has left 1 person dead and 4 critically injured. It comes just a day after a man opened fire and gunned down 10 people at a supermarket in New York state.

According to media reports, the second US mass shooting in as many days took place at the Geneva Presbyterian Church, when a lone gunman began shooting the congregation at around 1.30pm on Sunday (03.30am Monday morning in Thailand).

Jeff Hallock from the Orange County Sheriff’s department says members of the congregation managed to get hold of the shooter, using an extension cable to “hogtie” his legs and confiscating at least 2 of his weapons.

“That group of churchgoers displayed what we believe is exceptional heroism, and bravery. They undoubtedly prevented additional injuries and fatalities.”

It’s understood most of the congregation are Taiwanese and authorities are still waiting to question up to 40 witnesses. Some media reports have stated that the gunman is a Chinese national and that the attack was a hate crime against the Taiwanese community. It’s understood the gunman, who is reported to be in his 60s and was not injured in the incident, is not from the local area.

“The man is not believed to live in the area and investigators are working to determine his city of residence and whether he has any connections to the church or its congregants.”

The shooting in California comes a day after an 18-year-old white male killed 10 people and injured 3 others in a racially-motivated mass shooting at a supermarket in Buffalo, New York. In that incident, nearly all the victims were Black.

The US is no stranger to mass shootings, with previous attempts at tightening the country’s gun laws foiled time and again by its powerful gun lobby. Gun lobbyists have repeatedly refused to agree to tighter legislation, even in the aftermath of horrific atrocities.

Will all restrictions be lifted in Thailand this week? | GMT