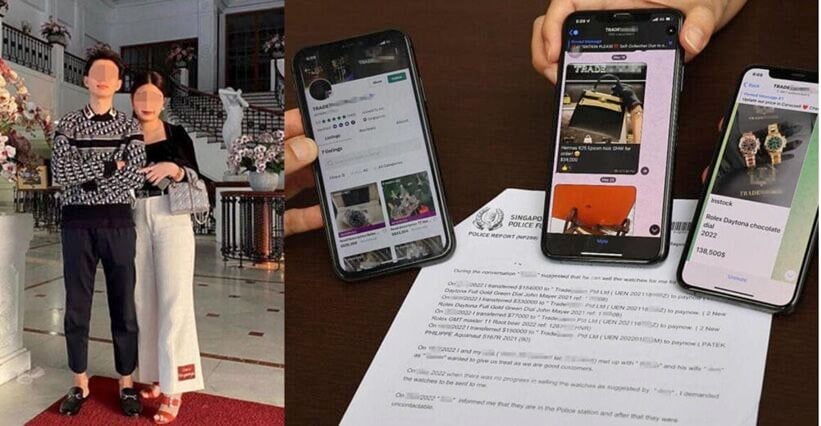 The Singaporean and Thai couple who allegedly swindled millions of dollars in luxury goods has been arrested in Malaysia on Thursday. The couple are a 26 year old Singaporean man named Pi Jiapeng, and a 27 year old Thai woman named Pansuk Siriwipa. Malaysian police caught the alleged criminals at a budget hotel in the city of Skudai in Malaysia’s southern state of Johor.

The husband and wife had allegedly conned customers into paying for watches and luxury handbags worth US$32 million in total between January and June, and failed to deliver the items. Singaporean police arrested Pi on June 27, but then released him on bail. They confiscated his passport while the investigation was ongoing. The police also asked Pansuk to surrender her passport. The couple then went AWOL and no one could contact them.

The couple reportedly hid in the container compartment of a Malaysia-registered lorry, with the help of two Malaysian nationals, and fled Malaysia on July 4. Interpol then issued an arrest warrant for the fugitives.

Singapore’s Deputy Public Prosecutor says Singaporean police were able to catch the crooks by “working in tandem with their international counterparts”. The DPP, David Koh, says more than 180 police reports were made about the couple, and that “time is needed to investigate and take statements from the accused persons”.

Thailand as your next destination for Motorcycle Adventure post-COVID