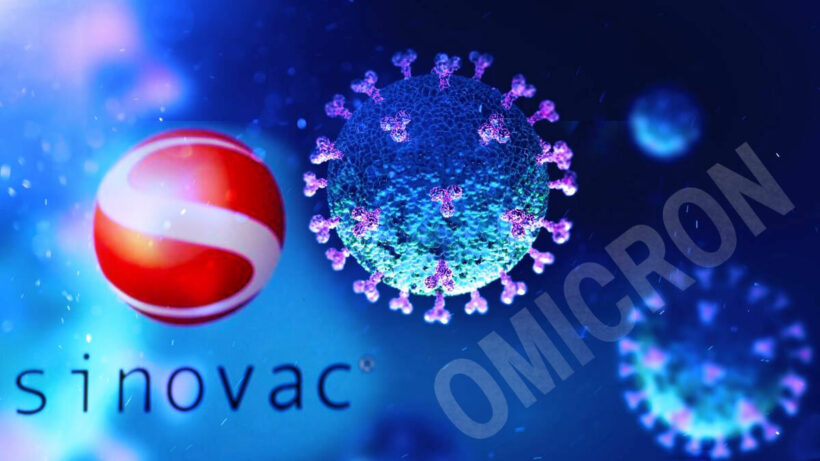 Following the good news announcement from Pfizer that 3 doses of their vaccine can neutralise the Omicron variant, Sinovac came out with a more reserved announcement stating that lab studies about its effectiveness against the new strain would take time. The Chinese-based Sinovac is the most widely used vaccine in the world with over 2.3 billion doses shipped worldwide so far; Pfizer BioNTech is the second most used vaccine globally.

After research showed the vaccine brand was inferior against the Delta variant, the manufacturers say they are conducting laboratory studies now to determine how effective Sinovac is against the new Omicron variant. They’re doing similar testing to what Pfizer did where they use a genetically modified version of the Covid-19 virus, a pseudo-virus instead of the real thing.

A representative for Sinovac said that this method will allow for the most rapid data to provide initial information about how well their brand of vaccine holds up against the Omicron variant. They have already obtained the Omicron variant and are testing how the antibodies produced by their vaccine are responding to the live virus as well.

Sinovac has proven to be highly effective at preventing serious illness and death but has provided protection against transmitting Covid-19 at a much lower level than mRNA vaccines provide when tested on the original virus as well as variants including Delta. But the Chinese vaccine has the advantage of being easier to store and administer than mRNA vaccines making it cheaper and much more widely used in a lot of the developing world.

Right now the global effect of the Omicron variant is somewhat of a mystery, as initial testing has shown it to be more transmissible than any strain previously but data also suggest that the symptoms suffered by those infected are much milder. After a spike in the variant infections in South Africa, the nation has not seen surge in hospitalisations, suggesting that the more transmissible strain may not necessarily lead to more Covid-19 illnesses and death.