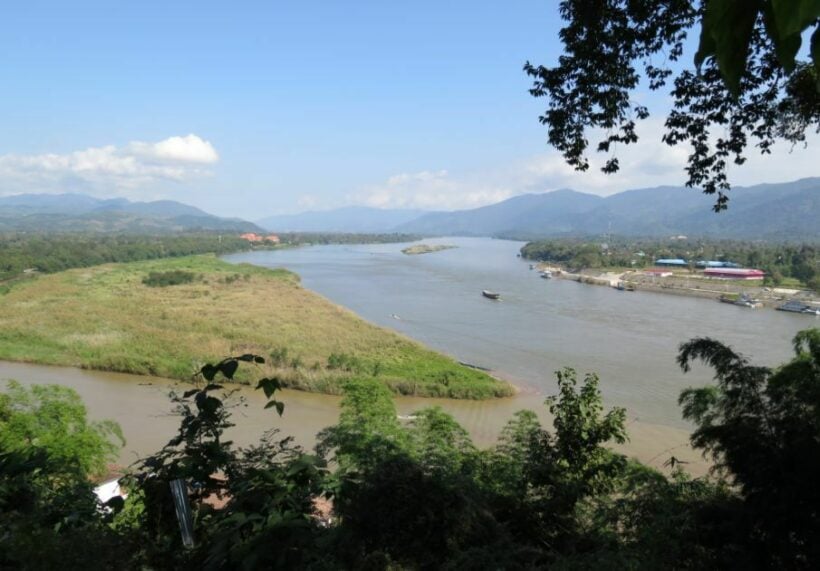 Soldiers in Thailand’s northern province of Chiang Rai have shot and killed 8 suspects who reportedly opened fire on them along the Thai-Burmese border last night. The soldiers had been warned that a gang would try to smuggle drugs from Myanmar, according to Thai media. They then went to patrol the border area in Mae Fa Luang district.

Later, they saw about 10 armed men walking along a mountain. The soldiers asked the men if they could search them, and the men then started shooting at the soldiers. A shooting match ensued, lasting about 10 minutes, which ended with 8 of the suspects dead.

Thai media reported that 8 more teams of soldiers arrived on the scene and found a total of over 1 million speed pills in the men’s rucksacks.

Earlier this month, another 8 drug suspects in Chiang Rai’s border area were also shot dead in a firefight with Thai drug and border police. Police seized 6.7 million methamphetamine pills from the group.

Thailand’s northern border with Laos and Myanmar, better known as the Golden Triangle, is a hot bed of methamphetamine production. Most of the ‘meth labs’ are portable, well patrolled, and hidden under thick jungle canopies, away from prying satellite and overhead surveillance.

Between October 2021 and March 2022, Thai police arrested more than 120,000 drug suspects, seized more than 2.4 billion baht in assets and confiscated more than 260 million pills of illegal substances like methamphetamine, aka “speed”. Besides speed, the most common drug was marijuana, with some 53,000 kilograms confiscated. Next was crystal meth (ice), with more than 7,552 kilograms found, followed by quantities of heroin and ketamine.