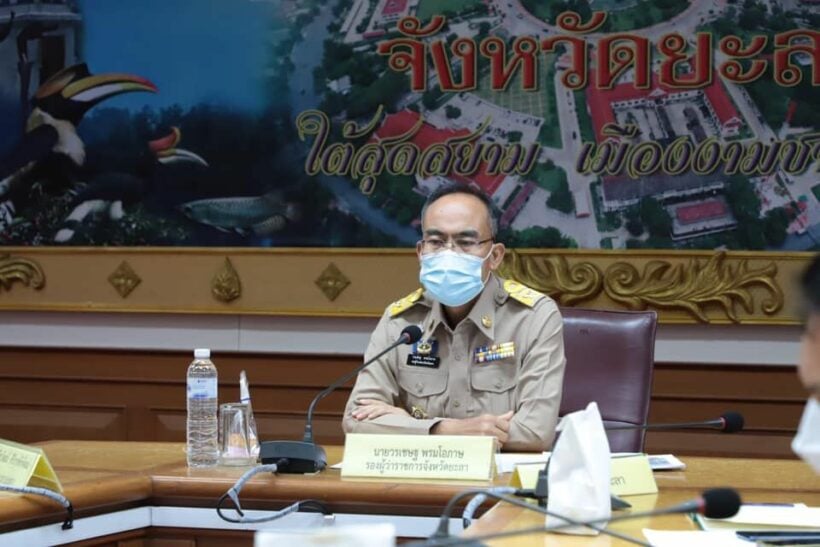 The south of the country has been struck by a wave of Beta variant Covid-19 infections, after a cluster first discovered in a school spread to 402 people. The Beta variant, originally known as the South African variant, gives health officials greater cause for concern as studies show it may be more resistant to vaccines.

According to the Bangkok Post, the cluster of infections was first reported on June 9 in a school at the Margaz Tabligh preaching centre in the southern province of Yala. Since then, it has spread to 402 patients across 12 provinces. Apisamai Srirangson from the Centre for Covid-19 Situation Administration confirmed the locations of infections yesterday.

According to Apisami, around 4,000 people make up the Margaz religious community, which includes around 500 students from 17 provinces. They frequently come together for social gatherings, including meals in which utensils and trays are shared. They also perform religious ceremonies in which facemasks are not worn. However, she adds that the Eid festival next month will go ahead, with Asis Pitakkumpol from the Central Islamic Council of Thailand calling on all Muslims to follow disease prevention measures.

Officials are now engaged in active contact-tracing and the school in question has been closed. Supakit Sirilak from the Department of Medical Sciences says efforts are underway to determine how the infections spread from the school into the community in order to prevent further transmission.

“We have seen both Alpha and Beta variants in the school and it is necessary to control the disease in particularly infectious areas like these. However, the rate of transmission is quite slow so it can be controlled quickly if patients are found and quarantined.”

Meanwhile, Public Health Minister Anutin Charnvirakul says infected patients within the Thai healthcare system are not a cause for concern, but that illegal migrants may be spreading infection. He says quarantine may be extended from 14 days to 21 for those arriving from countries with high case numbers of the Beta variant.

Third vaccine shot may be necessary to combat Delta variant

AstraZeneca Covid-19 vaccines to be donated to Thailand from Japan