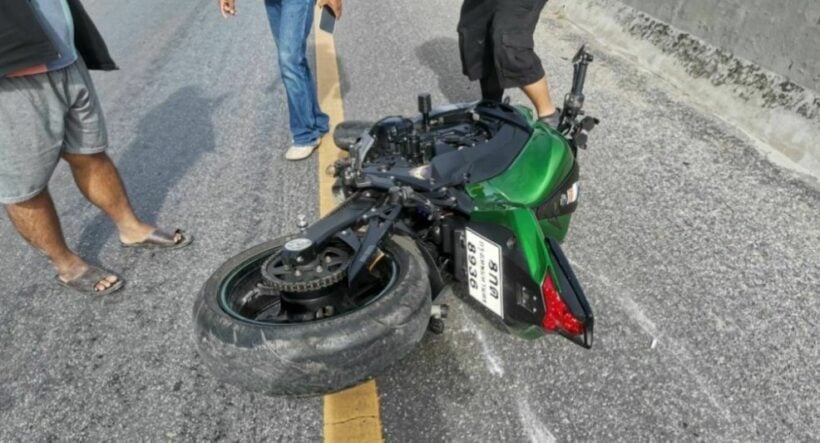 A 20 year old engineering student died in a motorbike accident at around 8am this morning in Pathum Thani province, central Thailand. Police found the man’s body completely ripped into two pieces after he crashed into a power pole.

Witnesses said they saw the man waiting at a red light on the Rangsit – Nakhon Nayok road outside Nattawan village. When the lights changed to green, he accelerated and lost control of his motorbike, crashing into a power pole at a high speed.

Police from Thanyaburi Police Station and rescue workers were called to the scene at around 8am this morning where they found the body of 20 year old Wuttichai Peng Songsee – in two parts – 200 metres away from his green Kawasaki Ninja 400cc motorbike.

Wuttichai was wearing a brown engineering shirt from Rajamangala University of Technology in Thanyaburi. Police expect he was on his way to university when the incident happened.

Wuttichai’s body has been taken to Thammasat University Hospital for an autopsy to be carried out.