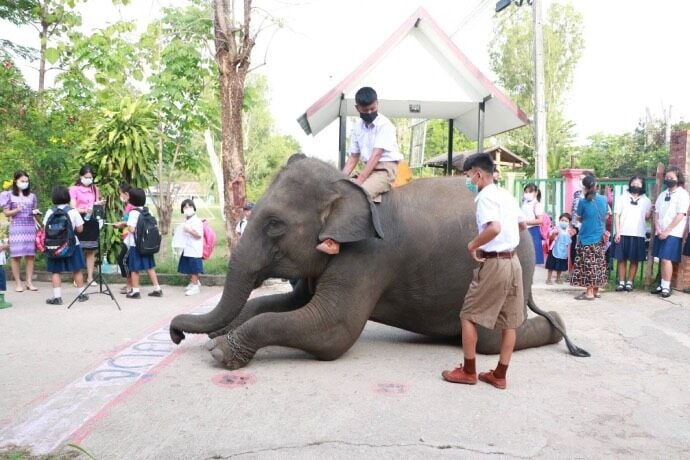 Some might take a bus, others ride their bike, some will walk. But some Thai kids arrived at school via elephant this morning in Tak province, northern Thailand.

Today was the first day of nationwide on-site classes in Thai schools after almost two years of online, remote studying. To mark the occasion, parents from Baan Ya Por School in Phob Phra district organised for their children to ride to school on an elephant.

Thai netizens loved the idea and some said that riding elephants to school is the perfect way to combat rising oil prices.

The school is located on the Moei River on the border of Myanmar. The village’s culture is a blend of Thai and Karen influences, with most people working in farming and agriculture.

Last year, three school boys were spotted riding an elephant to school in Surin province, northeast Thailand. The boys were accompanied by the elephant’s mahout, or trainer, who was thought to be one of the boy’s parents. The elephant dropped them off at the school’s basketball court. Again, netizens joked that riding elephants combatted high petrol prices at the time.

Riding an elephant to school is still a very rare sight, even in Thailand.