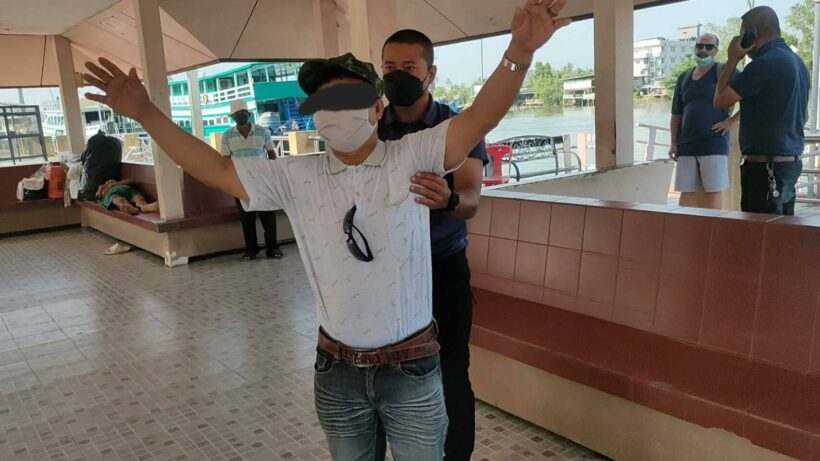 A 46 year old Myanmar national was arrested by Surat Thani Immigration Police today for allegedly smuggling six others into Thailand. The suspect, who is identified as Bumaw, was reportedly seen on a road in Tambon Talad in Surat Thani province’s Mueang district, and Immigration Police arrested him at the spot, nearly four months after the Surat Thani Court issued a warrant on September 29 last year.

According to police, a Thai man named Ahlee Toh-said and six Myanmar nationals who had crossed the border illegally from Malaysia were arrested at Muang district’s Tambon Bang Kung in September last year. When questioned, they said they were travelling to Bangkok, adding that Bumaw hired Ahlee to smuggle the six others.