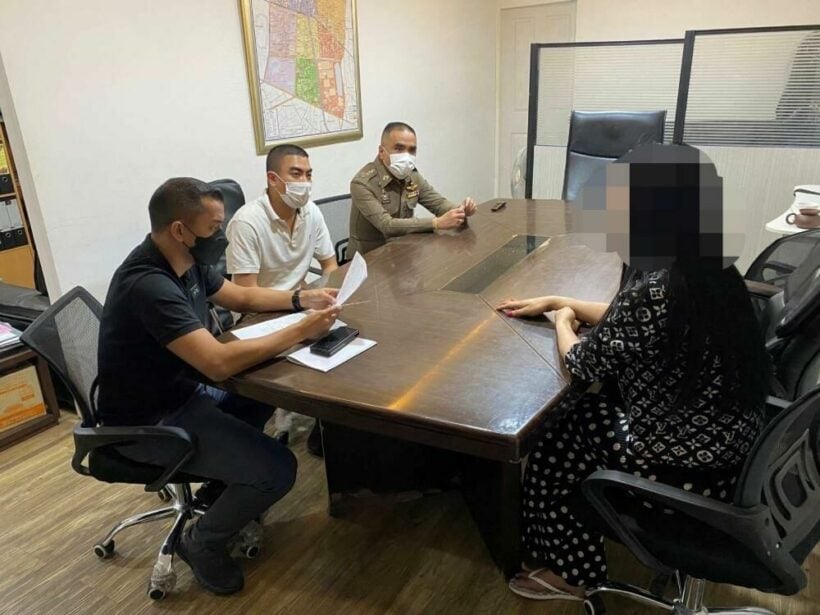 Two suspects have allegedly drugged a Kuwaiti tourist before stealing about 200,000 baht from him, or US$6,000, in Bangkok in March, although they were just arrested yesterday. The victim said the suspects took him to a hotel on Bangkok’s famous Sukhumvit road to have sex. He said he was then drugged, and became unconscious. When he woke up, he saw that his money had been stolen.

After collecting evidence, Lumpini police arrested the two subjects, 28 year old Chadaporn Aomsin, and 26 year old Sipan Thienkrachang. Both are transgender women. The police arrested Chadaporn in Bangkok, and Sipan in Nonthaburi. Chadaporn allegedly confessed to the allegation when she was interrogated at Lumpini police station, and said she had committed similar crimes 3 times with British and Chinese tourists after she was released from Thonburi Remand Prison.

Both suspects are now detained at Lumpini Police Station awaiting further legal steps. The hotel where they took the tourist is reportedly on Sukhumvit Soi 5, in Lumpini district.

Last month, a tourist in Pattaya claimed last week that two thieves stole his gold necklace worth about 33,000 baht. The tourist said the thieves were a Thai woman, and a ‘transgender individual’, who both wore ‘sexy dresses’. The tourist, 45 year old Sathishkumar Govindarju, told The Pattaya News the pair also tried to convince him to sleep with them. Sathishkumar said he noticed later, after he had rejected the alleged thieves’ approach, that his pricey necklace was missing.