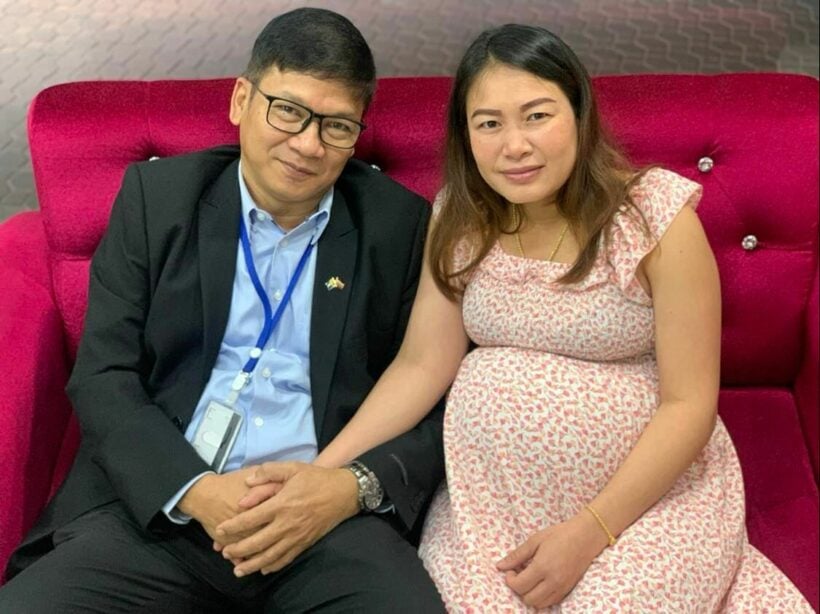 The Swedish Embassy in Bangkok was praised by Thai netizens after providing six months of parental leave with full salary to its Thai male staff.

Yesterday, the Embassy of Sweden in Bangkok posted a story on Facebook of a Thai embassy driver, Somchart Sucheephet, revealing he receives the same welfare privileges as his Swedish counterparts.

“It’s time for our driver to be a father and take paternity leave to take care of his child.”

The embassy revealed that Somchart has worked at the embassy for almost 30 years, and is entitled to take leave according to the Swedish worker welfare system.

The embassy also revealed other employee welfare benefits, including parental leave to take care of children aged under 10 years old when they are sick, 10 days per child, 28 vacation days per year, and 13 Thai national holidays per year. The embassy also added that the staff is entitled to the Swedish coffee and tea break called fika every Friday.

“All employees of Swedish embassies worldwide enjoy these benefits. We believe that decent working conditions, sound employer and employee relations, and striving for gender equality will benefit society and the country as a whole.”

Many Thai netizens commented on the post to congratulate Somchart and praise the embassy for providing equal welfare to each member of staff. Some wished that the Thai worker welfare system was the same.

One woman said, “This is great. It’s hard for me to take leave even if I want just three days.” A man said, “I am able to take leave only 10 days per year.” Many others wanted to apply to work for the embassy.

A father, who works in a Thai government department, is allowed to take 15-days of paternity leave to take care of his child and wife.

PM warns Thailand to brace itself for potential flooding