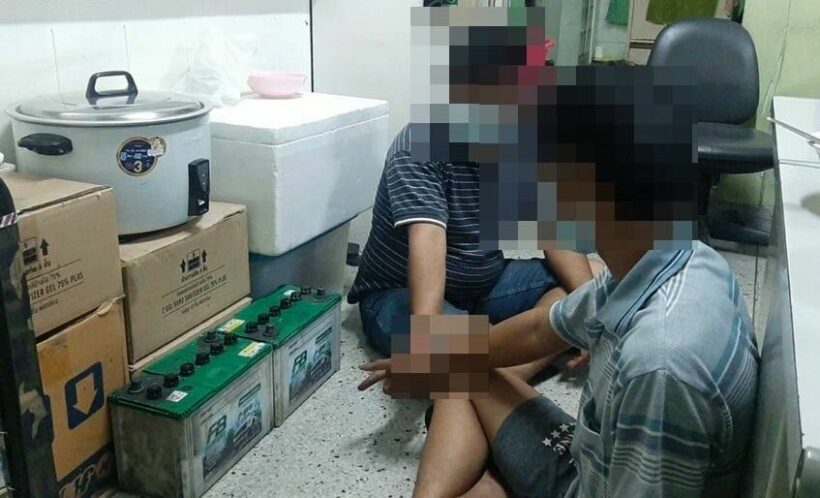 Two 19 year olds were arrested and charged for allegedly stealing batteries from trucks who also admitted to stealing stainless steel railings from a train station in Samut Prakan yesterday. Following the warrant issued by the district court, police stopped the motorbike of two suspects on Soi Dan Samrong 24/66 in Muang district’s tambon Samrong Nuea and arrested them at the spot. The stolen two 120Ah truck batteries were found during a search of their room.

Officers said they tracked them down over the surveillance camera footage after complaints have been filed that batteries were stolen from trucks parked on the roadside. One teenager allegedly confessed to stealing batteries from trucks in the Muang, Samrong Nuea, and Bang Na districts, as well as stainless steel handrails from an electric railway station under construction on Thepharak Road with his friend. He added they sold the stolen items to scrap merchants and used the money to eat and have fun.