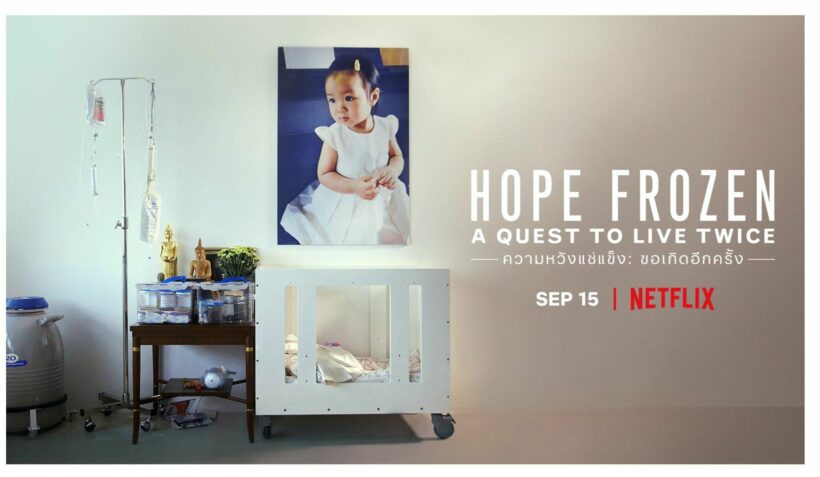 A documentary film about a story of a Thai family who cryogenically preserved their deceased two year old daughter in the hopes of bringing her back to life, won “best documentary” at the 49th International Emmy Award in New York on Monday.

Pailin Wedel, a Bangkok-based Thai-American photojournalist, film director and founder of 2050 Productions, has directed the 79 minutes video “Hope Frozen: A Quest to Live Twice” over the course of five years, where she wrote and produced. The documentary focuses on Einz, the world’s youngest person to undergo cryo-preservation.

“We won. I’m in shock!” , she wrote on twitter, mentioning the International Emmy Awards.

It is the first time a Thai program has received an Emmy, and it was one of 11 international prizes presented to work from eight different nations.

International Academy President Bruce Paisner says “we are ecstatic to be able to bring the whole global television community together in person in New York to honor the best television in the world.”

“The winners tonight demonstrate once again the universal power of great stories and performances, as evidenced by their diversity and geographic spread”.

Pailin had previously served as a vice president at Foreign Correspondent Club Thailand, and her sister Jinda has also served on the board. Paul Wedel, their father, is a former UPI bureau chief in Bangkok and an FCCT past president and honorary life member. Yuangrat, their mother, is a renowned academic who has collaborated with Paul on a number of books, the most recent of which being “Beads on a String – A Novel of Southern Siam”.

Hope Frozen is now streaming on Netflix and it received the first major award for best international documentary at the Hot Docs Canadian International Documentary Festival in 2019.