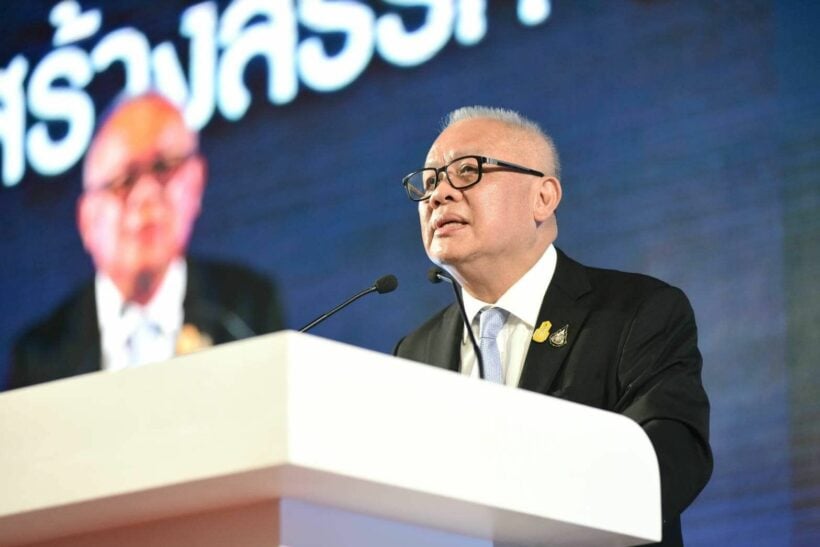 The Deputy PM and Energy Minister, Supattanapong Punmeechaow, has urged the nation’s senators to be energy-saving role models for Thailand.

The 62 year old MP has suggested every senator should avoid wearing suits to reduce the use of air-conditioning in Parliament.

Supattanapong responded by saying Thailand faced a double crisis and the government was working to find solutions. He said the government couldn’t ask for a discount from oil refineries, as suggested by the former Commerce Ministry MP because the oil refineries are only making a profit of 1-2 baht per litre.

Korn Chatikavanij, who served as the Commerce Minister from December 20 in 2008 to May 10 in 2011, yesterday posted a comparison of oil refinery costs between April 2011 and July 2022. He said the price of oil was the same at US$110 per barrel, but the refinery cost differed. The cost in April 2011 was cheaper than now. He added that just because the oil price is high it doesn’t mean the refinery cost should be high as well.

Supattanapong responded saying if the government asked oil refineries to reduce their benefits, they might stop operating in protest. As a result, Thailand would have to import oil from abroad and the price would increase even further.

The Energy Minister said his department is in talks with the Bank of Thailand and the Ministry of Commerce to try and find a solution to the oil price hike.

Supattanapong says one way around the problem is to save energy, use clean energy, and ask residents to help save energy by increasing the air-con temperature.

“The senators should be the role models by adjusting the air-conditioning temperature in Parliament, taking off suits, taking off ties, and installing energy-saving devices. The residents would see that we have already started. The Energy Ministry is willing to support the Parliament on this measure. The officers could install the device so that we can show the stat to the people. People would see that energy saving was easy and follow the measure.”