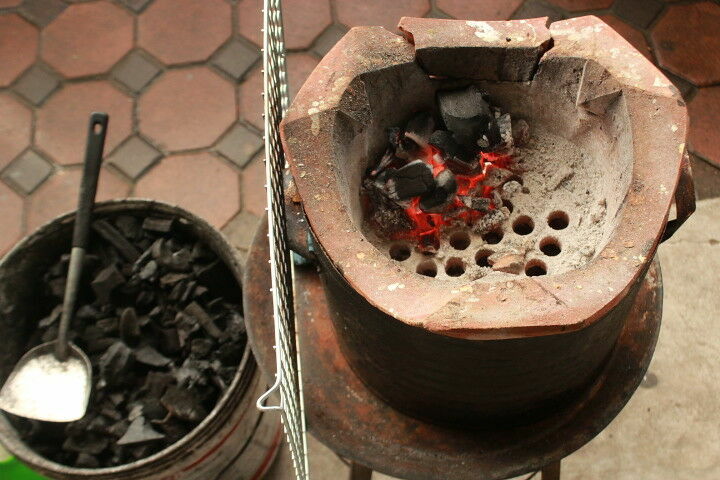 The Energy Ministry’s official Facebook page on Tuesday uploaded a picture of a stove (Tao Maha Setthee), with a caption saying ‘a charcoal stove is durable, helps save money, uses less charcoal, and offers a lot of heat.”

The post went viral on social media with Thai netizens making fun of the Energy Ministry’s stove post. One scathing online observer stated it is a “primitive” attempt by the government at solving a 21st century problem. Another said, “It’s a kindergarten project. Please do something that looks like a government official!” Other comments followed such as, “Should I go into the woods and pick some wood sticks?” And, “Yes… let’s set a fire in a condominium,” and “Why do we have to pay tax to hire these people?”

The project has been resisted by shops and mocked on social media for failing to reduce energy bills, mainly because the price of charcoal has also gone up.

Supattanapong says the department did not intend to promote the clay stoves as a substitute for their gas equivalents, just another alternative option for how families can save on their energy bills.

The energy minister was responding to a fresh motion filed by Pheu Thai Party MP for Udon Thani, Krumanit Sangphum.

Krumanit asked what the government plans to do about fuel prices.

The Pheu Thai Party MP says the fuel price hike has inflated the prices of food and other commodities.

The 62 year old minister replied that the government has subsidised the diesel price by 11 baht a litre and reduced the diesel excise tax by another five baht.

Supattanapong rejected calls of tapping into the Energy Conservation Fund, a financial mechanism for supporting energy efficiency and renewable energy development because the money in the fund is part of the national budget.

Which group of tourists could outnumber Indians in Thailand?