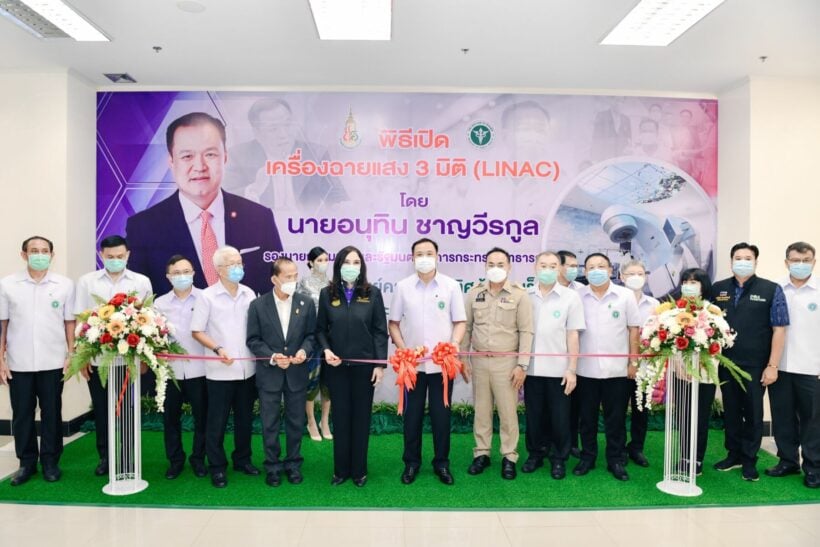 The Thai Deputy PM and Minister of Public Health today defended his decision to legalise Cannabis.

Anutin Charnvirakul, speaking at the Foreign Correspondents Club of Thailand, was grilled by journalists about his decision to decriminalise the drug on June 6, and insisted it was the right decision.

“Unfortunately, due to the Covid-19 issue, the Cannabis Act could not be finished in parallel to the date that we freed cannabis from narcotics. I anticipate the next question from the public will be, ‘Why I didn’t wait until the law was imposed?’ No way. No, sir. I won’t wait. I will never delay. Even if I could turn back time.”

The 55 year old, and the Thai government have been criticised after a number of controversial cannabis-related incidents have hit the nation’s headlines. There has been an increase in hospital cases, incidents regarding children, and a rise in shops selling the product.

But the health minister stood firm and reiterated cannabis was decriminalised for the good of the kingdom’s health.

“There were SME businesses, investments, planning, and deals that were ready to get going. It would be unfair if the government would cause this damage to these decent people.”

Anutin predicted the future of Thailand’s cannabis industry would be worth up to US$3 billion and would become a “medical hub” in Asia within 5 years.

Chokwan “Kitty” Chopaka, founder and chief executive of cannabis-focused consulting firm Elevated Estate, also spoke at the Foreign Correspondents Club of Thailand and admitted the government could have advised the public better on cannabis use.

“I understand that the health ministry cannot promote recreational use or smoking, but at the same time, by not giving the public information, people would not know what to do.

Kitty added that the nation has struggled from a lack of general knowledge on the cannabis subject.

“I want rules that make sense because if the rules don’t make sense, people are just not going to follow. It’s the same as taxes: If you throw like 40%-50% tax on it, it doesn’t make sense. And people are going to go back to the underground.”

The Cannabis Act only passed its first reading in Parliament a month ago and the final regulations won’t be in place until September.

The health minister says a group of commissioners has been elected to amend the bill and make proposals to Parliament for the final endorsement which is expected to be finished next month.