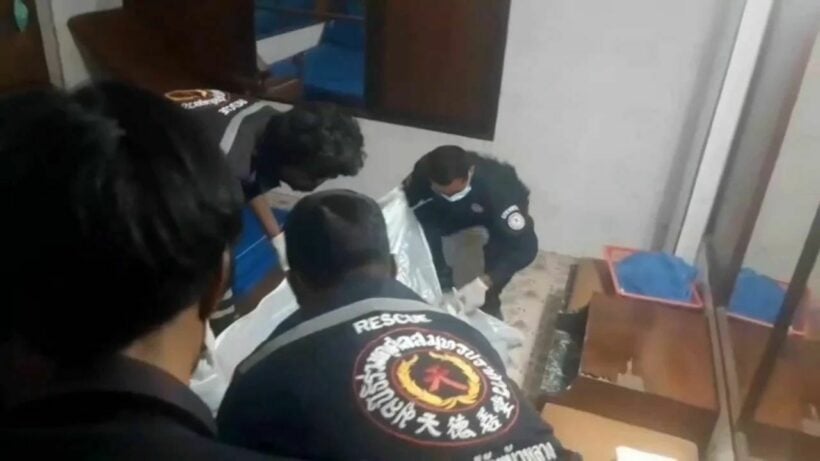 The dead body of a 62 year old Thai man was found yesterday in a love motel near Khlong Ta Ket community in tambon Paknam in Muang district. Police believe he died of a heart attack.

Hotel staff found the dead body of the man, named only as Thawi, lying on the floor of the motel room at about 9.30pm.

Staff told police the old man checked in at the short-stay motel with a young woman at about 5pm and the woman left alone at about 7pm.

Thawi had booked the room until 9.30pm so when he didn’t vacate the premises a member of the hotel staff knocked on the door. There was no reply but the door was open. The man was found lying dead on the floor and there was a used condom in the waste bin.

The body of the dead man was handed over to the Ruam Khon Samut Prakan Foundation for an autopsy and then it was taken to Rama Samut Prakan Hospital.

The deputy investigative inspector at Muang Samut Prakan Police Station, Lt. Col. Adithep Phocharoen, reported they needed to speak to the woman and question her about the visit.

If your real estate agent does these things – Run!