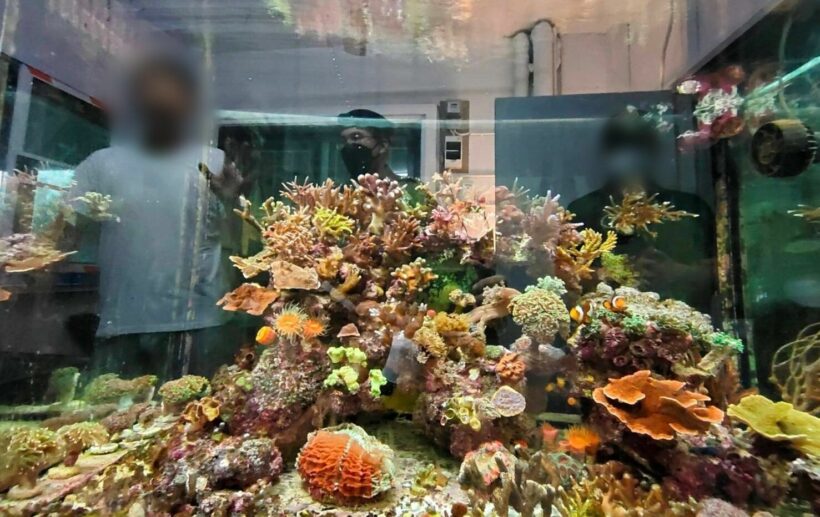 A Thai man faces up to ten years in jail after being arrested for selling coral online via Facebook. Police seized more than 300 types of corals from the man’s residence.

Thitipong turned his home into a small aquarium for growing and stocking up corals and selling them online via Facebook.

Thitipong confessed to officers that he bought the corals from Facebook and then bred them until they were the perfect size to sell. He sold the corals for prices ranging from 100 baht to 1,000 baht according to their size.

The officers made it known that Thitopong’s practices were illegal, spoiled marine resources and ecosystems, and also violated the Wildlife Preservation and Protection Act. Anyone who possesses preserved animals or their carcasses would face a penalty of up to five years in jail, a fine of up to 500,000 baht, or both.

Also, anyone who possesses preserved animals or their carcasses for sale would face a penalty of up to 10 years in jail, a fine of up to one million baht, or both.