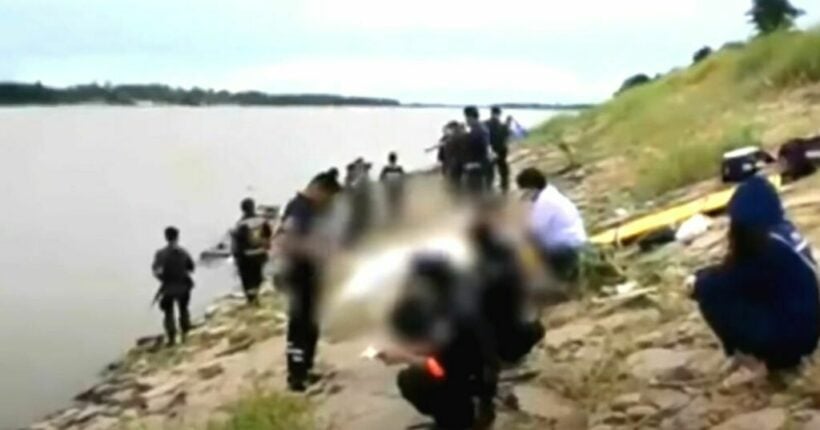 The body of a Thai man held hostage by Laos bandits has been fished out of the Mekong River.

The 35 year old man was wearing a white short-sleeved shirt and black trousers, his hands were tied behind his back with rope, his legs were bound, mouth gagged with a piece of cloth and his head had been hit hard with what seemed like a blunt instrument.

Police said the man’s body was badly swollen and decomposing and probably died five days before the body was found, murdered and dumped in the river.

The body was sent to Srinagarind Hospital in Khon Kaen province for an autopsy.

Police captain Jularat Atpirom, deputy chief investigator of Muang district, revealed the dead man was Thai and had been taken captive in Laos and held for ransom on Tuesday, May 17.

A day later Kingpai’s adopted mother, Boonlai Wong-amat, informed the police her son had been kidknapped and filed a complaint with Si Wilai police in Bung Kan province.

Kingpai told his wife Wilai Harapan he had to go to Laos on business on May 17 and left his mobile phone with her.

A day later Wilai received a call from an unidentified man informing her that they had abducted her husband and he would not be released until she met the 1 million baht ransom.

The 52 year old woman ignored the demand because she had no money.

Five days after the ransom demand Kingpai’s body was found dead floating in the Mekong River.

Police are still investigating the murder.

5,000 prisoners in Thailand are suffering from mental health illness