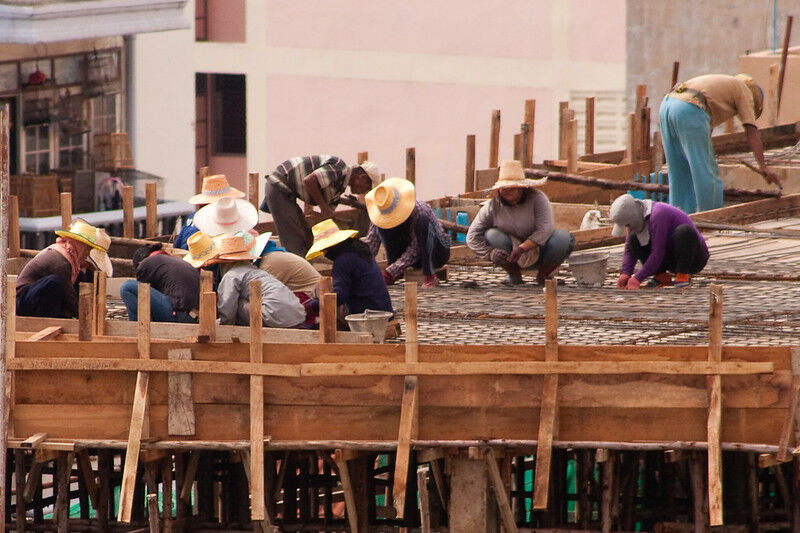 The Labour Minister, Suchart Chomklin, insists the government’s promise to increase the minimum wage in Thailand by 5-8% this year is not electioneering.

With an election due in March next year cynics could be forgiven in thinking it is a government ploy to buy or win votes. Suchart denies this is the case.

The Labour Minister said the government is acting on a letter to the government requesting a higher daily minimum wage on April 26 by a group of workers.

The letter stated that Thai workers had not had a wage increase in two years and requested it is increased from 300 to 492 baht a day nationwide.

Suchart today updated the media at Government House on the workers’ demand. The 48 year old announced he had assigned each provincial permanent secretary to host a meeting to consider the minimum wage situation in each province.

Suchart acknowledged he had a salary in his head but added that the minimum wage and GDP are different in each province and that it is impossible to increase wages across the country at the same time.

The government official says he would submit his final report to the cabinet at the beginning of September after consultation but expected to give the green light to a wage increase on October 1.

The minister said salaries would be increased by 5-8% according to the investigation of GDP and the inflation rate. The minimum wage in the provinces with a high GDP and a high cost of living would be more than those in others, e.g., Bangkok, Phuket, Rayong, Chon Buri, and Chachoengsao.

“If increasing the minimum wage was related to the election campaign, we would increase it to 492 baht a day nationwide as the workers have asked. Please do not think that it’s an election campaign or a political game. This is a matter of the economy and national security.”