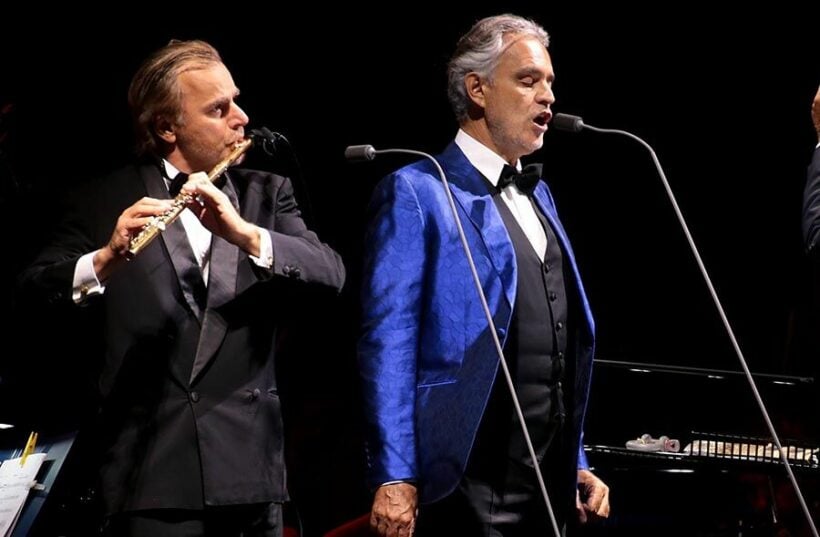 The Thai PM is standing firm amid fierce criticism of a plan to spend 100 million baht on 2 global singing stars for New Year’s Eve festivities in Phuket. Prayut Chan-o-cha has defended the government’s plan to spend around US$3 million dollars to secure Italian tenor, Andrea Bocelli, and Lalisa “Lisa” Manobal, from the K-pop band, Blackpink. The Bangkok Post reports that both stars are expected to perform at New Year’s Eve shows on the southern island of Phuket.

The plan has come under attack for the huge cost involved, with critics pointing out that the money should be spent on supporting the small businesses struggling to survive financial devastation caused by the pandemic. However, government spokesman Thanakorn Wangboonkongchana says separate funds have been set aside for such rehabilitation and to fund economic revival. The costs of hiring the New Year’s Eve performers are part of the tourism promotional budget, which he says is a vital part of Thailand’s imminent re-opening.

According to the Bangkok Post report, Tourism Minister Phiphat Ratchakitprakarn says the New Year’s Eve proposal will be discussed at a mobile cabinet meeting in the southern province of Krabi on November 16. It’s understood draft contracts should be available for his ministry to review by the end of the month. He has defended the plan to bring both superstars to Thailand, insisting it has economic value and that most of the cost will be covered by private sector sponsorship.

In related news, the CCSA has brushed off concerns that the ongoing Covid-19 situation could delay the country’s re-opening. Assistant spokesperson Apisamai Srirungson says the government is putting contingency plans in place to ensure Thailand’s re-opening is a success.