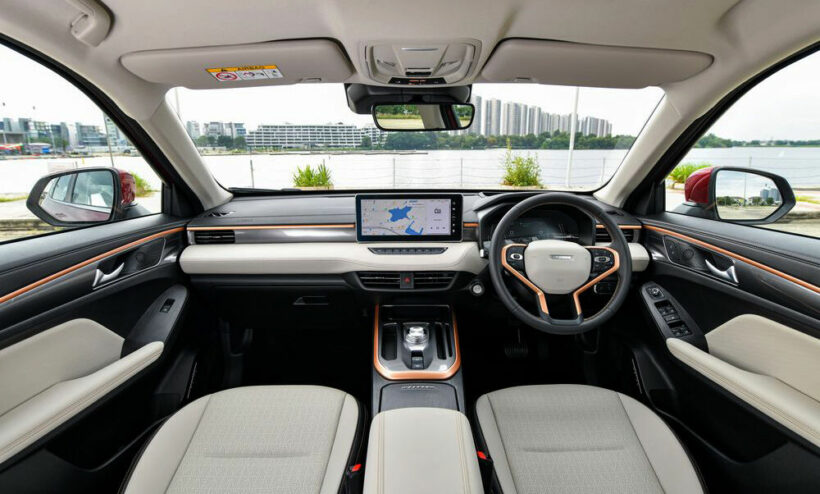 The Thai PM wants to cement Thailand’s reputation as the biggest SE Asian hub for car manufacturing, and electric cars too. Currently Thailand is the world’s 10th largest manufacturer of vehicles (OICA 2021).

Now Thailand is aiming to assemble electric vehicles, aka. EVs, and parts. domestically within the next year. This accelerates the earlier target of 2024, according to the Thai PM Prayut Chan-o-cha.

The PM says that the government is “speeding up promotion of EV assembly in Thailand” and plans to kick off full EV-builds in the Kingdom during 2023.

Speaking at the Federation of Thai Industries yesterday, the PM said that significant parts, used in the manufacture of EVs, such as batteries, traction motors, battery management services, portable EV chargers, AC/DC converters, inverters, circuit breakers and EV “smart charging” systems will all be manufactured in Thailand over the next few years.

The PM also met with the CEO of Foxconn Technology Group on Tuesday to announce plans to start EV assembly in Thailand within a year. That EV facility will serve full end-to-end operations, including design, manufacturing and assembly of EVs within Thailand.

Already Chinese manufacturers MG and GWM (who currently assemble the Naval H6, Jolion and Ora brands in Rayong, Thailand) have a strong EV presence in Thailand and have become instant hits with the Thai car-buying public.

MG, the former iconic British brand, now owned by SAIC Motor Corporation in China, reached their production of 100,000 builds in Thailand in late 2020 and is now manufacturing both hybrid and plug-in models.

Honda are also building an electric hybrid version of their popular HRV SUV model at a plant in Ayutthayah. Chinese EV manufacturer BYD is also preparing to set up a new manufacturing plant in Thailand where it will make electric cars for right-hand-drive markets including the UK and Australia.

Speaking about the acceleration of EV manufacturing in Thailand over the next fe years, the Thai PM said that, despite other parts of the Thai economy being harmed by the closure of borders during the Covid pandemic, car manufacturing has continued to thrive in Thailand and remains the region’s biggest exporter.

“If all parties join hands together, the Thai economy can recover this year and next.”

Prayut noted that EV development, of both cars and parts, will be a key part of the Thai government’s ongoing efforts to restructure the Thai economy “to become high technology”.

At the same seminar yesterday the federation urged the Thai government to speed up its EV development to stay ahead of Indonesia if it wants to become a major regional EV production hub.

Kriengkrai Thiennukul, the FTI’s chairman noted that Thailand “is good at manufacturing cars and auto parts, Indonesia is rich in the resources required to serve the EV industry”.

“The country has nickel, which is used in the production of lithium batteries.”

There are currently more than 700,000 workers in Thailand’s automotive industry and the FTI chairman said that a pivot to EV production could also accelerate additional local jobs.

Here’s a video about some of China’s recent forays into EVs, fast trains and superconductors…