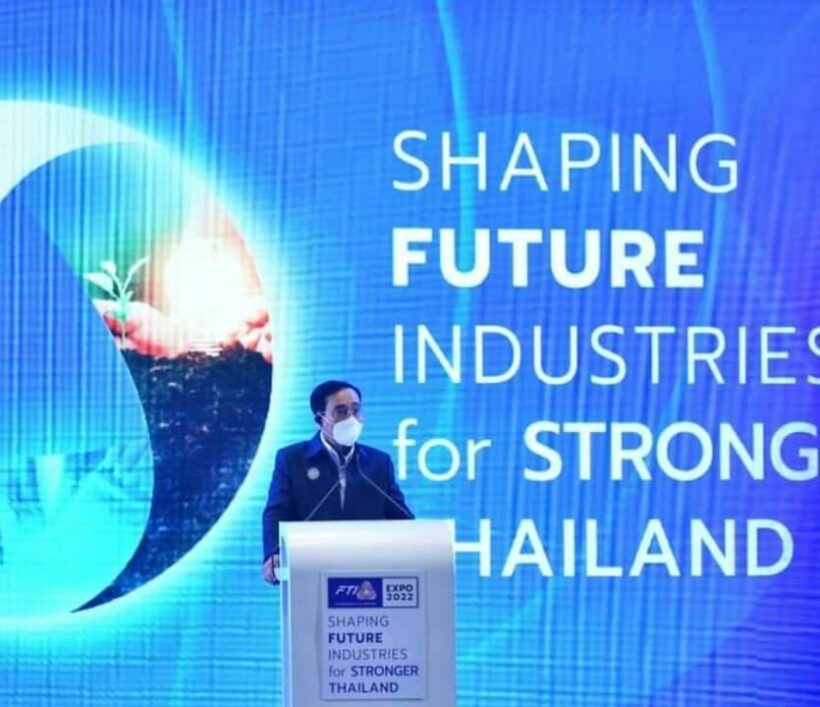 PM Prayut Chan-o-cha yesterday became all metaphorical at the Federation of Thai Industries (FTI) Expo 2022, “Shaping Future Industries for Stronger Thailand,” likening the kingdom to a “car” and how the nation needs to face up to “the winds of change.”

The 68 year old called for more innovation from his fellow countrymen to meet the needs of evolving technological advancement at the forum which was organised under the bio-, circular, and green economic model.

“Thailand has to face the winds of change, and the wind can turn into a storm. It is time for the private and public sectors to come to an understanding that we must collaborate or else it won’t work.”

The Thai PM reported he is in talks with a number of foreign governments in an attempt to drive the kingdom’s industrial development and told the electorate to fasten seat belts for the bumpy ride ahead.

“Thailand is like a massive car that moves 70 million people forward to the global stage. The government’s job is to keep the engines running smoothly to ensure convenience for the passengers.

“We’re in the same vehicle. We need to push it along even when it’s in bad shape. But who will lead it is another story? What we’re doing today has to keep going. It’s not right to keep complaining about what should or shouldn’t be.

“It isn’t easy because there are so many factors including technologies and the different skills of people, but our job is to get it going. The first thing is to get the car ready and get all the passengers on board without leaving anyone behind. That’s the way I think it should be.”

“The government needs to obtain loans to stimulate spending and drive growth. The economic outlook remains stable despite the borrowed funds.”

The PM concluded that the country needs greater unity and that he is working for the nation’s interests.