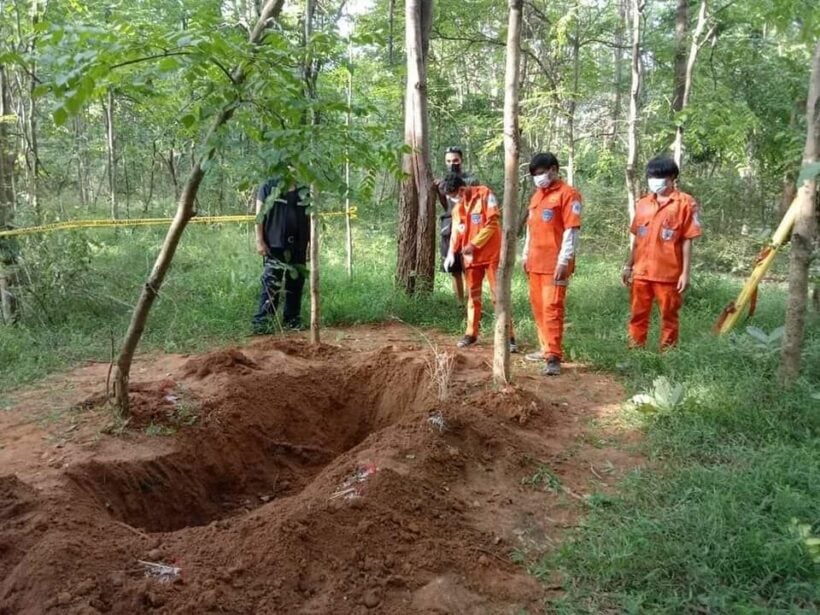 Police are facing some challenges in investigating the death of a couple in northeast Thailand. The bodies of a man and a woman were found in a forest in Nakhon Ratchasima province on July 28. Police believe the couple had been dead for 2 to 4 weeks when they were found, making it harder to identify the bodies.

The Deputy Commissioner General of the Royal Thai Police said that both the man and the woman might likely be foreigners, especially the man. He said on Monday that, police are contacting foreign embassies, but with no luck so far. The general, Suchart Theerasawat, said…

“We are contacting foreign embassies to go through their databases to see if there were any reports of missing foreigners. But, so far no progress was reported to relevant officials.”

Another challenge that Suchart revealed has been finding the tattoo artist who gave the woman her tattoos. He said police have checked with the Thai Tattoo Artist Association about the designs, but no one was able to provide relevant information. Police are now even working with foreign agencies to examine the tattoos.

The woman had 4 tattoos, including mandala patterns near her hip, a black flower on the right arm, Ganesha on her left leg, and a beckoning (maneki-neko) black cat on the left leg. Police invited a tattoo specialist to identify each tattoo and where the woman might have gone to get them.

Police say that the woman’s silicone breast implants might be the most helpful clue in identifying the bodies. Police had found microchips in the breast implants, and have found their serial number. According to the investigation, the silicones were produced by a company in a foreign country and were sold by a Thai dealer company. But from the dealer’s inspection, the serial numbers of the silicones were not sold in the country.

Suchart said police are now contacting the foreign company to further investigate, but it will take time.

Thai wife hires mistresses for husband with a 15,000 baht salary

Thailand 2nd Most Dangerous Place in the World to Drive | GMT