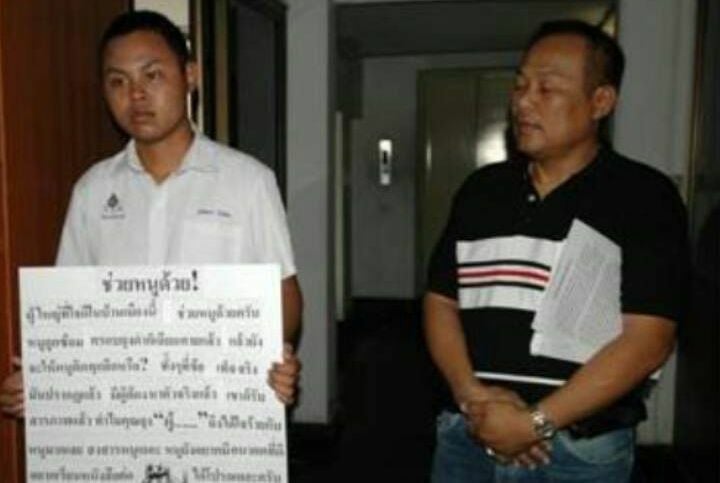 South Bangkok Civil Court yesterday ordered The Royal Thai Police to pay about 3.4 million baht in compensation for the false imprisonment and brutal torture of a teenager in 2009.

During the investigation, police tried to extract a confession from the victim, who was 18 at the time, by putting a plastic bag over his head causing suffocation and resulting in convulsions. The police also threatened to kill the boy and dump his corpse in the Khao Ito mountains if he didn’t confess to the crime.

But it turns out the police arrested the wrong man.

After 8 years of struggle trying to find the cash to hire a lawyer, Rittirong filed a civil suit with the Southern Bangkok Civil Court against the RTP in 2017 and demanded the police pay him compensation for damages and delete his criminal record from their database.

Rittirong sued the 7 police officers who took part in his brutal torture for physical harm, mental abuse, and damages to his reputation and honour.

The court saw pictures of the plaintiff’s wounded body and heard the testimony of a doctor who examined Rittirong. The doctor confirmed there were bruises on both wrists, an abrasion wound on his upper left abdomen, and damage to the upper left abdomen, which took three days to heal.

At the time of arrest, the teenager had received an outstanding student award from the Siam Motors School of Music, in Prachin Buri. He’d also applied to study at the Police Cadet Academy.

Pol Lt Col Wachiraphan Pothirat was found guilty of unlawful detention and abuse of power and was sentenced to 2 years in prison and fined 12,000 baht. Wachiraphan’s confession to the crime saw his sentence reduced to I year and his fine cut to 8,000 baht.

Regents Pattaya: First International School in Thailand to be accredited with the Wellbeing Award for Schools