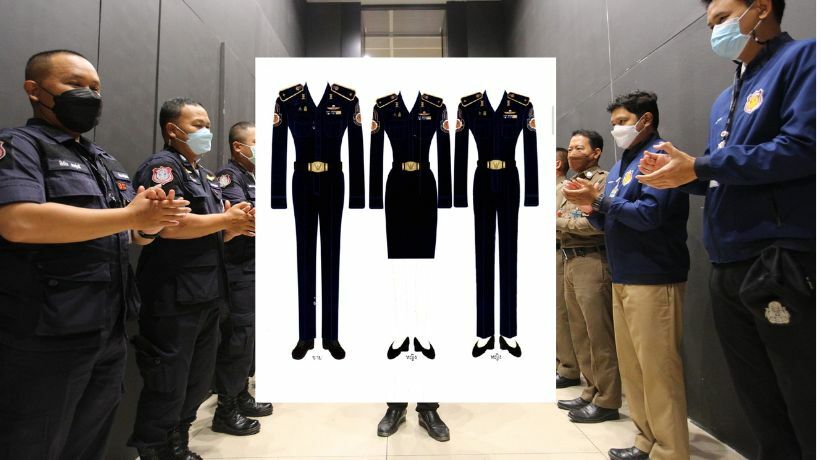 Plans to change the uniforms of parliament police, 6 months after they were issued with new ones, have been put on hold after officers objected, calling it “a waste of taxpayers’ money.”

Sixty parliament police officers gathered at the parliament building, in Dusit district, yesterday to submit a letter to the President of the National Assembly, Chuan Leekpai, to oppose the plan to change their uniforms.

On June 12, Chuan signed a document to approve new uniforms for the parliament guards adding the uniforms needed to be changed to suit the present time. The uniforms are expected to be ready by December 31.

The news became a hot topic on Thai social media. Many netizens agreed with the 60 police officers, saying it is a waste of money, especially during the kingdom’s current economic situation: high inflation, product price hikes, and a wage freeze. Others were just perplexed as officers only received new uniforms 6 months ago.

Each uniform costs about 5,000 baht, and officers are allocated 2 each, making the total around 2 million baht as there are about 200 parliament police officers.

Sixty parliament guards, together with the MPs from Pheu Thai Party, and Khajit Chainikom, an MP for Udon Thani province, handed a letter over to oppose the new uniform plan at noon yesterday.

Khajit told the assembled media that he received complaints about the new uniforms from several parliament police. He says most police were happy with their old uniforms and the new ones were “a waste of money.”

Khajit added that both superiors and officers should agree on the changes. If the officers didn’t want to change the leaders shouldn’t force them.

A parliament representative revealed they surveyed MPs twice before launching the plan for new uniforms. Eighty percent of the police didn’t agree to change, and the representative said the survey result reported in the parliament meeting was different.

Chuan added the plan to change the uniforms has been paused for now. He says the plan would be reconsidered after the next house of representatives election.