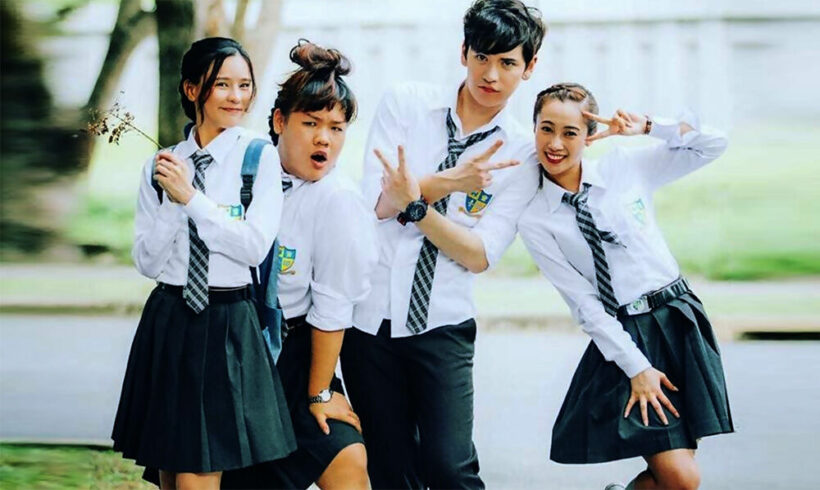 A school in Surin, northeastern Thailand has introduced strict, conservative guidelines that will deduct points off students for not following the school rules. A photo of the student’s handbook was shared on the “Bad Student” or “Nak Lien Leaw” Facebook page.

The school’s principal told students on orientation day if they don’t like the rules, they are free to leave, according to media that spoke to some of the students at the school. The principal was quite clear…

Every student starts off the school year with 100 points each. If they fail to stand up straight or do not respect the Thai flag, 10 points will be deducted. Not being a good student at school, that’s another 10 points off. Failure to sing the Thai anthem loud and clear? 5 points off. The harshest rule is if students fails to respect the school, Thailand, Buddhism or the monarchy, 50 points will be deducted.

It wasn’t clear what would happen if you ran your points down to zero.

The Basic Education Commission’s Deputy Secretary-General, Acting lieutenant colonel, Thanu Wongchinda, says he had been informed of the situation and “will investigate”. He noted that instead of imposing harsh penalties or points systems, schools should encourage students to have “positive behaviours”.

“The educational institution committee must also authorise issuing of school regulations that could impact the students’ ability to attend school or enjoy a normal school life.”

Why you should study Thai to explore Thailand