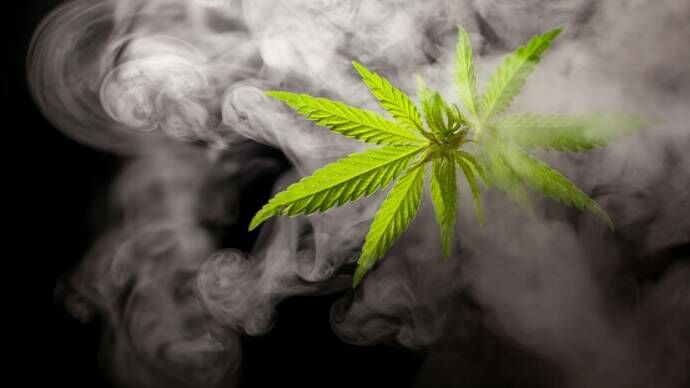 A Thai high school student has locked himself in a classroom during lunch break to smoke cannabis with other class mates, which was hidden in a water bottle. The teacher tried to stop the students from smoking the weed, but one of the students threatened to “punch the teacher”.

A Ramathibodi Hospital paediatrician shared the story on her Facebook page. The event was discussed during a chat between a teacher who saw it happen and a child psychiatrist.

The teachers witnessed kids packing the marijuana into a bottle they took to school in the morning, and then locked themselves in a classroom later in the day to smoke it.

She said that students’ parents have been asked to come to school to speak about the incident. To the teacher’s surprise, the parents were selling the marijuana and they supported their children using it.

In the discussion the teacher asked the paediatrician what could be done to solve the issue, to which she recommended the student be sent to drug rehabilitation.

Many internet users questioned the Ministry of Public Health’s involvement in this situation in the landslide of comments that followed the post, commenting that not enough was being done since the announcement to decriminalise the former category 5 drug on June 9, 2022.

The same pediatrician says she is worried about the use of cannabis in foods and beverages, and how breastfeeding mums who use cannabis could affect their newborns.

Renowned economist says Covid-19 was born in US bio-lab