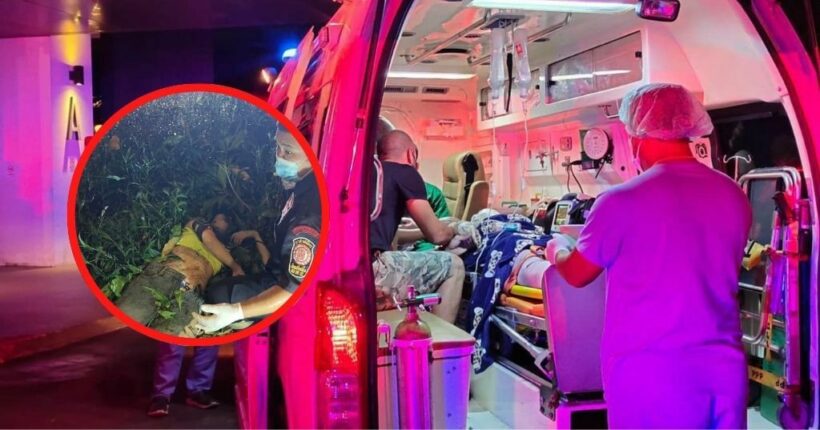 A Thai woman is seriously injured after falling from the 26th floor of a condominium in Bangkok at around 2am on Sunday. Rescue teams arrived at the scene within 5 minutes, but the woman had to wait until 4am to receive treatment at the hospital, according to the rescue team. The woman suffered multiple broken bones.

Erawan Emergency Centre took the woman to a hospital 1 kilometre away from the scene, who allegedly denied her emergency treatment. The hospital said the woman’s injuries were too severe for them to treat because they didn’t have “enough equipment,” according to the rescue team. The rescue team took her to Police General Hospital instead where she received treatment at 4am. Thai netizens are outraged that it took 2 hours for the woman to receive hospital treatment.

According to Thai media, the woman fought with her foreign boyfriend and jumped off the balcony of a condominium in the Rakhamhaeng area of Bangkok.

The woman broke both of her legs in the fall and suffered other minor injuries. Miraculously, she didn’t suffer any head injuries.