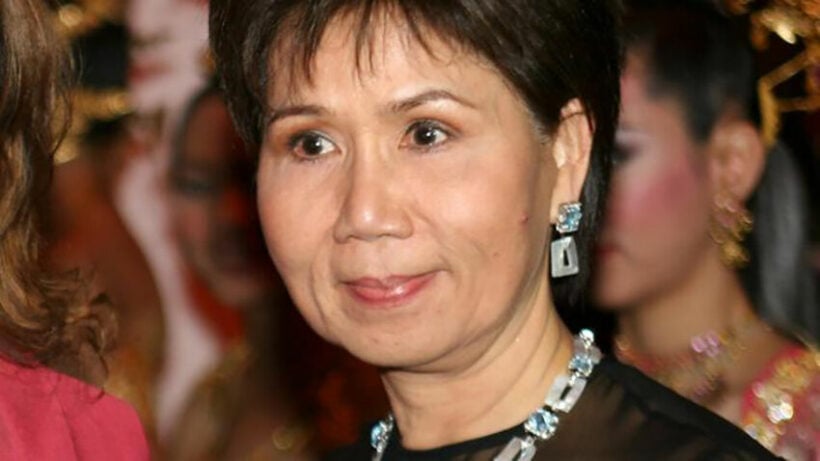 Thai officials are seeking Singapore’s cooperation in freezing the assets of Juthamas Siriwan, who previously served as governor of the Tourism Authority of Thailand. She was sentenced to 50 years’ imprisonment on corruption charges related to the hosting of the Bangkok International Film Festival between 2002-2007.

According to a Bangkok Post report, Ittiporn Kaewthip and Prayut Phetkun from the Office of the Attorney General, along with Jumpon Phansumrit from the International Affairs Department, issued a joint summary yesterday in which they confirmed that while the criminal case against Juthamas ended with her imprisonment, the civil case is still ongoing. It’s understood the former governor transferred many of her assets to various European countries and to Singapore.

“Our counterpart in Singapore is waiting for a Thai court to request it return the assets to the Finance Ministry this year, while the Anti-Money Laundering Office and the OAG will keep tracking the rest of her assets in other countries.”

In November 2020, the Supreme Court upheld the prison sentence handed down to the former TAT governor and her daughter, both of whom were found guilty of taking bribes from Hollywood producers in return for a contract to host the Bangkok International Film Festival from 2002 to 2007. Juthamas was sentenced to 50 years in prison, while her daughter Jittisopha got 40 years.

The Bangkok Post reports that last year, the OAG investigated 483,414 cases, with 435,527 of them now concluded. Most cases involved drugs, property, and driving under the influence. Last year, the OAG also accepted 233 cases of money laundering involving over 3.4 billion baht from Thailand’s Anti-Money Laundering Office.