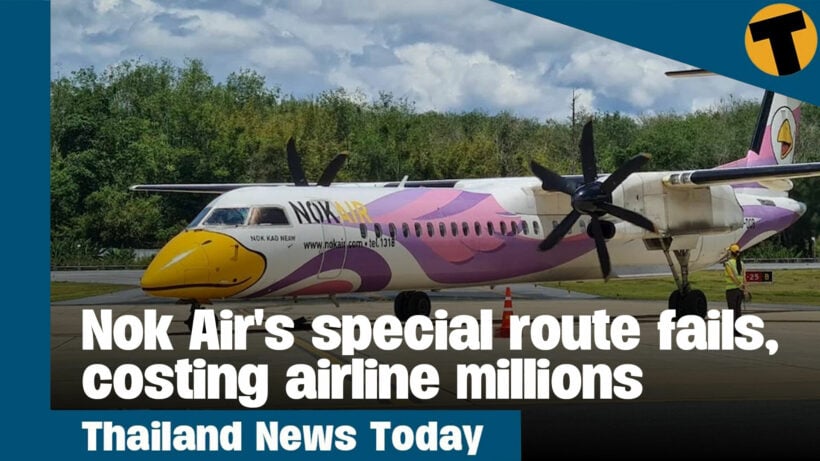 Thailand’s Covid situation is continually improving and is expected to be declared an endemic disease more than half a month earlier than expected.

According to the Ministry of Public Health, his office originally planned to declare Covid an an endemic disease on July 1 this year. Yesterday, the ministry’s Permanent Secretary Kiatiphum Wongrajit announced that Thailand now plans to declare the disease as endemic more than two weeks earlier than expected, sometime in mid-June.

The ministry said the situation in Thailand is continually improving. Kiatiphum said the Omicron strain is less virulent than the common flu, most infected people have no symptoms or flu-like symptoms, and vaccination rates have continued to increase.

An endemic disease is a disease which is limited to a certain area and spreads in a predictable way. There are four criteria for a disease to be declared as endemic…

Immunity built in society through vaccines, with at least 80% of high-risk groups received at least two doses

And efficient medical treatment in place

As for what will change when Thailand declares Covid as endemic?

It is not yet entirely clear how entering the ‘endemic’ phase will impact daily life in Thailand. However, there are two certain changes:

Thai authorities will no longer have the power to quarantine anyone coming into the kingdom, and daily case numbers are no longer required to be reported. However, daily Covid-19 cases admitted to hospitals will still be recorded.

Moreover, hospitals across the nation will continue to track and collect data about Long Covid symptoms. Provincial public health doctors and directors of hospitals will have monthly meetings to discuss how to tackle Long Covid and move forward in the same direction.

But before you take off your mask and hug a stranger on the streets again, Minister Anutin Charnvirakul said that if new variants emerge, the Ministry could reconsider their classification of Covid-19 all over again, and even when Covid is declared as endemic, people will still be required to wear a mask in public places as before.

A leading lung specialist at Bangkok’s Vichaiyut Hospital has completely dismissed concerns that mRNA boosters against Covid can cause ‘lymphoma’, which is cancer that affects the immune system.

According to a Nation Thailand report, Dr มนูญลีเชวงวงศ์ has dismissed the concerns as “fake news”, citing a long list of evidence of the vaccines’ efficacy and no credible reports linking the mRNA vaccines with lymphoma.

It’s understood the rumour began circulating on social media and has now been widely-shared by Thai internet users. The claim is that the high level of immunity offered by mRNA boosters could trigger lymphoma. Manoon says the story seems to have originated as a result of a woman who initially thought she had developed lymphoma symptoms after receiving an mRNA booster.

According to Manoon, the 45 year old woman was healthy and had received 2 doses of the AstraZeneca vaccine, followed by a booster dose of Pfizer in January. She then developed 2 small lumps above her collarbones, with the one on the left being bigger. She didn’t have a fever and reported no other symptoms, such as loss of appetite or weight loss. She didn’t have a cough, didn’t smoke, and had no history of tuberculosis.

A medical check-up on April 30 showed that the woman’s lymph nodes were very enlarged, with the left set up to 4 times larger than the set on the right. The woman had a lung x-ray, which didn’t find any abnormality. The hospital then tested a sample taken from the woman’s left set of lymph nodes and confirmed the woman had a TB infection, not lymphoma.

A bail application from monarchy reform activist ทานตะวันตัวตุลานนท์ has been rejected over a missing pay slip. Thai PBS World reports that the Criminal Court denied a bail application submitted by the leader of the opposition Move Forward Party, พิธาลิ้มเจริญรัตน์. The reason given was that Pita had not submitted his MP’s pay slip with the application.

According to the court, Pita needed to provide a pay slip that would prove he receives a salary and to rule out any other reasons for granting bail. The Move Forward leader had submitted a letter issued by the Office of the Secretary-General of the Parliament to certify his salary as a bond for Tantawan’s bail application. The move was in response to police seeking a court order to have the activist held for another 12 days.

The court has granted permission for 20-year-old Tantawan, also known as Tawan, to be detained for a further 5 days. She has been charged with defaming the monarchy, resisting officers, and violating the Computer Crimes Act. The latter charge relates to her March 5 live broadcast before a royal motorcade, in which she called into question the priorities of the police and the monarchy, while farmers protesting nearby had been forced to clear the area to make way for a motorcade.

The court also took exception to Tantawan’s decision to wear black during her broadcast, given that the colour is seen as inauspicious and something that should be reserved for mourning. The activist has been held since April 20, when her bail was revoked for breaking bail conditions by being close to a royal motorcade and posting about the monarchy on social media.

According to Pita and Thai Lawyers for Human Rights, it’s understood Tantawan has now been on hunger strike for 28 days and is reported to be very weak. Pita has said he intends to re-submit a bail application.

Low-cost budget airline Nok Air’s gamble of investing in a special route to boost tourism has backfired to the tune of 40 million baht.

The Thai airline, which mostly operates domestic services out of Don Mueang International Airport, introduced the Bangkok to Betong route in February but plans to scrap it in July after suffering heavy losses.

The Betong International Airport in the southern province of Yala fully opened for commercial flights in February after the opening schedule was delayed due to Covid. Nok Air teamed up with a number of different tourism agencies and the state department to provide a direct flight from Bangkok to Betong to boost tourism in the province.

But bookings never really took off and Nok Air had to call for support from the government to cover its operation cost. The low-budget airline resumed flights on April 29 with a three-month contract but Nok Air CEO วุฒิภูมิจุฬางกูร saying he just doesn’t feel it will work.

Wuttiphum revealed the 1 hour 45 minutes’ Bangkok-Betong route was losing money, despite government support, and operational costs were too high to make it profitable.

A 15 year old male student is in serious condition after being stabbed several times by a fellow student at school. The incident happened because a long-running conflict between the two and follows an argument the day before.

Yesterday, at 8.40 am, a Mathayom 3, or grade 9, student at a school in the southern province of Songkhla was reportedly stabbed by another student in front of their classroom. The alleged attacker was a 15 year old student in the same year but in a different class.

Thai media reported that the two had an argument the day before and, according to classmates, had ‘resolved’ the situation. But the assailant was clearly carrying a grudge and bought a 6 centimetre-long knife to school the next day.

The victim was sent to a hospital in serious condition after being stabbed several times. The attacker remains in the custody of police officers. Police told Thai media that they would continue questioning the youth, together with the parents and an officer specialising in youth crime.

The brother of the alleged attacker gave an interview with Thai media noting that his brother a bad temper. He said he’d spoken to his brother about the incident, and the brother commented he “didn’t mean to stab the victim”.

When are the holidays in Thailand, and what do they mean?