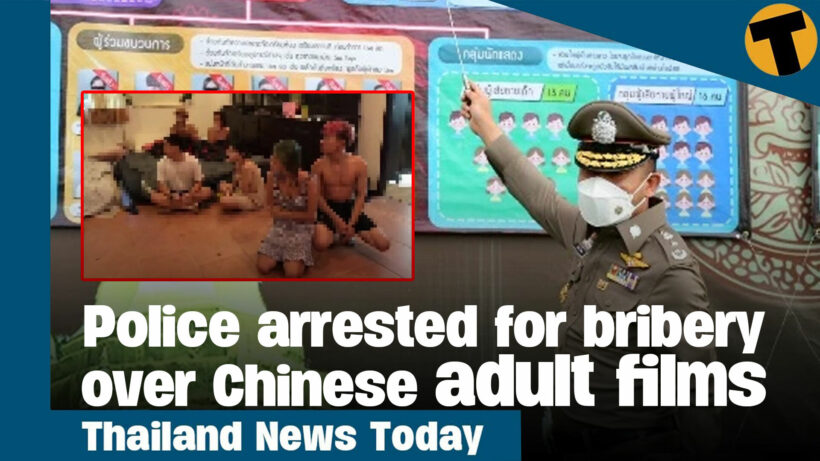 Thai health officials are expected to gather more data in coming weeks as the highly transmissible BA.4 and BA.5 sub-variants of Omicron spread in Thailand.

There is a new wave of the two Omicron sub-variant infections hitting a number of countries that had, until recently, seen a large drop in their Covid case loads. Germany, Italy, Australia, Taiwan, Brazil, UK, Mexico, the US states of Florida, Texas and New York, Chile and Greece are some of the countries which have seen sudden spikes and rises in hospital admissions. South Africa and Portugal both had sudden spikes of the new sub-variant area and are now in the decline phase.

The UK, for example, is now going through what it describes as its third major wave of infections over the past 6 months. An estimated 1.7 million people in the UK were infected in the 7 days leading up to June 18, a 23% rise on the week before and a 43% jump from the previous week. With people out and about for the region’s summer, medical authorities in the UK are concerned about how the current highly transmissible variant will roll out.

In Bangkok, the number of patients confirmed with Covid after being admitted to the Siriraj Hospital has been rising steadily over the past month but the hospital notes that patients with acute symptoms are not increasing at the same rate at this time. Most of the patients were detected with Covid during routine pre-treatment testing for other situations when they were admitted.

Hospital administrators admit they are getting ready for a further rise of cases over the next few weeks.

Thai health authorities say that the highly transmissible BA.4 and BA.5 sub-variants are now spreading in Thailand but the ‘wave’ is behind the timing in other countries, much like the original Omicron wave in Thailand which was around 2 months behind many other countries. The WHO says that the new strains have been spreading around Europe and the UK for “several months”.

European health authorities report that new cases of BA.4 and BA.5 are replacing the earlier BA.2 sub-variant as the dominant Omicron variants. They concur that there is currently insufficient evidence as to whether the new strains are more virulent that the earlier Omicron strains.

Thailand received another boost to its tourism industry yesterday when China gave its blessing to resume flights between the two Asian nations.

The gradual lifting of restrictions, the scrapping of the Thailand Pass, and the relaxation of mask-wearing have all been welcomed as the kingdom fights back against two devastating pandemic years. And the welcoming of Chinese tourists should provide another boost to the Thai economy.

The Civil Aviation Administration of China has granted permission for 2 flights each week for the first time since the pandemic kicked off over 2 years ago.

Initial flights will be restricted to business people and students, but Beijing says it will gradually reopen more international flights for tourists.

The Civil Aviation Authority of Thailand announced their carriers would be sharing the burden of operating the flights, except those to Beijing and Shanghai.

Thai Airways International, Thai Smile, Thai Lion Air, and Thai Air Asia have all submitted requests to fly to Guangzhou, while Thai VietJet will fly to Kunming and Nok Air to Nanning.

Deputy government spokeswoman Traisuree Taisaranakul said the easing of travel restrictions in China is a good sign and will hopefully help the tourism sector rebound and generate revenue from the return of Chinese tourists.

Several Chinese cities have recently relaxed quarantine policies for international arrivals. Many inbound travellers face 7 days quarantine, down from the 14 days, although some cities still have a 7+ 7 quarantine policy in place.

Bangkok Governor Chadchart Sittipunt has been dragged into a war of words between cyclists and park goers in a popular city park.

Parkgoers and cyclists, who frequent Benchakitti Park in downtown Bangkok took to social media to voice their anger over speeding cyclists and the danger they pose by riding without due care and attention to others. Meanwhile, speeding cyclists hit back saying pedestrians should not be on the cycling paths.

Benchakitti Park’s Facebook page posted a picture of some cyclists speaking to police, who were explaining that excessive speed is banned in the park.

Police said speeding can pose a risk of injury to other park goers, especially the disabled, parents with small children, and people in general.

Benchakitti Park has about 30 spots where bike lanes and walkways cross, and many accidents have been reported.

The Benchakitti Park Facebook page generated a heated debate, with cyclists, non-cyclists, and park goers all joining in.

The angry exchange was brought to the attention of the Bangkok governor.

Chadchart says most accidents occur where bike lanes and walkways in the park intersect on Ratchadaphisek Road and added that only a small number of speeding riders were to blame.

“I believe this problem will be resolved. As for those cyclists who are eager to go fast, there are plenty of other places they can go. Safety at the park is important.

Thailand is suffering a fertiliser shortage, with the country’s farmers bearing the high costs of imported fertilisers. Now, the Chamber of Commerce plans to negotiate with Saudi suppliers.

According to Thai Commerce Minister Jurin Laksanawisit, Saudi Arabia recently allowed 2 of its suppliers to sell fertiliser to Thailand. The International Trade Promotion Department is scheduled to hold a business matching event between 3 leading Saudi fertiliser suppliers and Thai fertiliser importers on June 29.

Thailand imports the overwhelming majority of its fertilisers, with only 8% of fertilisers coming from domestic sources. The country needs about 5 million tonnes of fertiliser a year. Jurin said that Thailand’s overall demand for fertiliser from Saudi Arabia is about 808,000 tonnes…

In the past, Thailand imported fertiliser from the Middle East, China, Canada, and Russia. After Russia invaded Ukraine in February, the country suspended fertiliser exports. In March, Thailand’s Internal Trade Department gave local traders and suppliers approval to raise their fertiliser prices. The price rise was approved on a case-by-case basis.

Ever since Thailand rekindled relations with Saudi Arabia in February, the 2 countries have embarked on several projects together, from tourism to employment. Earlier this month, Thailand announced a30-day visa exemptionwill be available to all Saudi citizens.

Another day, another story involving Thai police taking bribes, this time in Chiang Rai. According to a deputy police commissioner, 4 officers in the northern province took a 1 million baht bribe from a Chinese gang filming live pornography at 2 resorts.

One of the officers had searched the gang’s filming spot on March 31. He reportedly found recording equipment, phones, condoms, and sex toys. But the officer didn’t go after the gangsters- instead, he immediately announced that he hadn’t found anything. No charges were pressed.

But later, it was discovered that a fixer who arranged locations for the gang had gone to the bank to withdraw 800,000 baht. On April 1 and April 4, the fixer, Anusorn, gave the money to the 4 rogue officers. In return, they gave back the equipment they had seized.

Shortly after the exchange, the gang continued filming their ‘projects’, moving their work to a different resort. Meanwhile, Anusorn continued making visits to the bank to withdraw more money.

On May 26, tech police raided the second resort, arresting and charging a Chinese man, 2 Thai women, and several Thai, Chinese, and Laotian performers. One performer was 17 years old. Then, the 4 rogue officers were also arrested and charged.

Bribery among Thailand’s police is a notorious issue, something the country is often ridiculed for. Police often bribe suspects involved indrug and sex crimesto give them money in exchange for not jailing them.

Welcome to Thailand’s Post Pandemic Day – July 1. What will change?