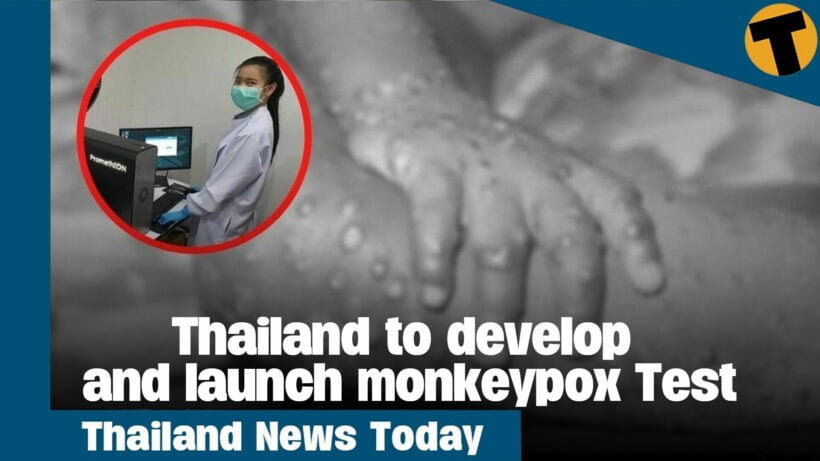 Representatives of various NGOs have gathered at the UN headquarters in Bangkok to oppose a draft law that would give the Thai government more control over public gatherings and be able to monitor the financial transactions of NGOs.

The NGOs say the law will be used as a weapon against freedom of expression. According to the Bangkok Post, the group has already submitted a letter to the Thai PM, Prayut Chan-o-cha, and the Ministry of Social Development and Social Security. In the letter, they call for the draft law to be abolished.

According to เลิศศักดิ์ คำคงศักดิ์ from the People’s Movement against the Draft Laws that Undermine Freedom of Association, the group is prepared to take the matter further, if necessary.

He says “The government should not consider the bill that’s expected to be delivered to Cabinet this week.”

The group has also petitioned the Economic and Social Commission for Asia and the Pacific, which is the Secretariat of the UN for the Asian and Pacific region. In a letter to the commission, the group calls for the government’s proposed law to be dropped, claiming it breaches the right to freedom of association and freedom of expression for non-profits.

The group adds that if the law is implemented, the government will have the power to order a temporary or permanent shut down of any non-profit operating in Thailand, if officials decide the organisation’s activities are affecting relationships between countries, causing divisions in society, or affecting government security.

Yesterday, Thailand defended its human trafficking record and hit back at US accusations that the illegal trafficking of people is a national problem.

A Thai delegation led by the director-general of the Department of American and South Pacific Affairs Chettaphan Maksamphan met with US Department of State officials in Washington last week to discuss the matter ahead of the 2022 annual Trafficking in Persons Report.

Thai officials insisted human trafficking is a regional issue, not a national problem, and urged the US not to target individual countries.

Assistant chief of the national police, Police Lieutenant General Surachate Hakparn, who is in charge of combating human trafficking operations, says Thailand is not an origin or destination country as mentioned in the previous TIP report and human trafficking should not be blamed on one specific country.

He insisted that “Thailand is only a transit point, and the Thai government has made a serious effort in stamping out human trafficking,”

The Thai delegation in Washington updated US officials on its efforts to tackle the illegal transportation of people, including the prosecution of trafficking suspects and the provision of assistance to victims.

Surachate admitted Thailand witnessed a sharp rise in human trafficking cases between October last year and May this year, with 193 trafficking cases and 200 cases involving the sexual abuse of children. He also revealed assets worth 142 million baht were seized during the period.

Surachate added US authorities were satisfied with Thailand’s suppression of human trafficking, specifically the rescue of 200 people duped to work illegally in neighbouring Cambodia.

US officials made several recommendations to combat trafficking victims and asked Thailand to submit documents on six topics, including the number of rescued victims and its details.

Thailand was demoted to the Tier 2 Watch List in last year’s TIP report. The government hopes it will be upgraded this year for addressing problems mentioned in last year’s report.

A boat carrying at least 90 Rohingya refugees from Myanmar’s Rakhine state to Malaysia capsized off the coast of Myanmar on Saturday, killing at least 14 people, mostly children.

More than 50 passengers remain missing after the boat capsized during a storm and 23 survivors were detained by police in Pathein district in Myanmar’s Ayeyarwady region. TheUNreports that at least 17 passengers are feared dead.

Some survivors told Radio Free Asia that the refugees, fleeing persecution by the Burmese junta, had paid traffickers between 1,500 – 2,500 USD each to get to Malaysia via boat, where they hoped to find employment.

Seven bodies washed up on Sunday near the popular Shwe Thaung Yan beach in Pathein district.

A local resident said… “90 people were said to be on the boat, 23 were arrested and 14 dead bodies have been found so far, most of them children aged 11 or 12 years of age.”

Six more bodies were found in wetland areas nearby on Sunday afternoon and another body washed up on the shore of a nearby beach.

According to local residents, the Rohingya refugees were trying to make their way to Myanmar from displacement camps.

The Rohingya people are stateless Indo-Aryan ethnic group who predominantly follow Islam and reside in Rakhine State in Myanmar.

Benar Newsreported that the Burmese junta still consider the Rohingya as illegal immigrants from Bangladesh, even if they are born in Myanmar. A spokesperson for the junta said…

“A search was carried out and found 14 Bengalis dead. The rest will be deported as usual.”

The Centre of Medical Genomics from Ramathibodi Hospital is developing a Monkeypox test from the genetic codes obtained from Portugal and Belgium. The test will provide the result within 24 hours, and it is expected to be ready for use in the next 2 weeks.

The official Facebook page of the Centre of Medical Genomics announced on May 21 that they are developing the Monkeypox test. The centre said they quickly worked on the test just as a precaution if any cases are detected in Thailand. At this stage there are NO cases reported in Thailand.

The Centre revealed that they used the genetic codes from German and Portuguese laboratories as a blueprint to develop the test that would allow Thai scientists to provide the result within 24 hours. With this technology, Thailand will be able to perform about 100 tests per day. The Centre added that the testing cost and time spent in testing would be similar to the Covid-19 PCR tests.

The genomics centre explained that if Monkeypox is detected in Thailand the medical centres could do a saliva swab or collect samples from blisters and send them to the Centre for further diagnosis.

The Centre is emphasising that information on how Monkeypox was able to spread outside of African countries, where the disease is endemic, is not currently clear.

The Centre clarified that Monkeypox is different from Covid-19 because it is primarily spread from close contact and more difficult to transmit human-to-human. They expected to finish the development of an effective test in the next 2 weeks and hoped that the disease wouldn’t enter Thailand in the first place.

The eastern Thai province of Trat has reported 11 malaria patients, 9 from Koh Chang and 2 from the บ่อไร่ district. The disease was first detected in the local monkey population and then transmitted to humans by mosquitoes. Blood from random monkeys on Koh Chang has been tested in efforts to control the spread of the disease.

According to the report, the officers had tested the monkeys’ blood to locate the source of malaria 2 months ago, when 9 cases were reported. However, the officers found a more deadly strain of Malaria that hadn’t been detected in humans in the area before.

Humans will become infected when they are bitten by female Anopheles mosquitoes that had bitten the infected monkeys previously.

The officers are urging residents in the risk areas, and tourists, to take proper precautions against mosquito bites, and avoid getting near or touching monkeys.

Avoiding Malaria is much the same as avoiding Dengue, that is to avoid mosquito bites.

Thailand could drop its mask mandate by mid-June, says Ministry of Public Health