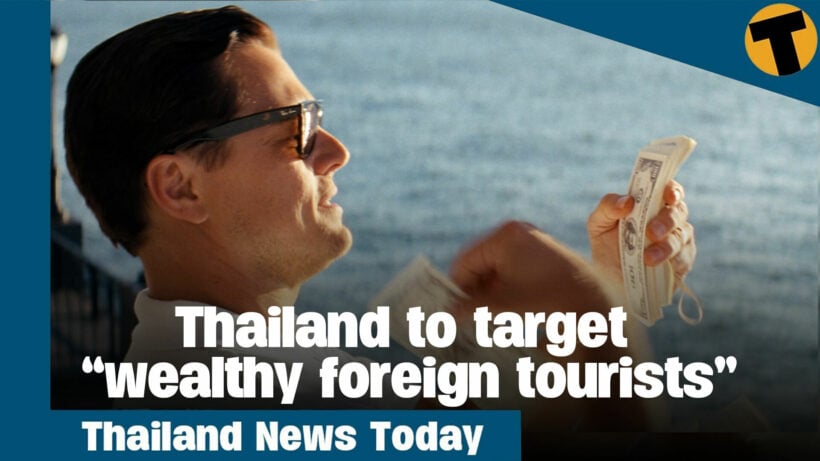 Thailand’s deputy health minister is hoping to see an end to Covid-19 by the end of this year, despite the risk of new variants. Satit Pitutecha made his prediction yesterday, saying Thailand is proceeding with its plan to declare the virus endemic.

The World Health Organisation has yet to make any recommendation on according the virus endemic status.

Satit says the health ministry is doing everything possible to meet its target for administering booster doses, which should help prevent new variants from developing.

However, officials are closely watching what’s happening in North Korea, where there is a surge in infections, which could cause the virus to further mutate, creating yet another new variant.

Satit says the pandemic sparked a total change in behaviour among the public, in relation to attending large gatherings, eating out, and traveling.

Earlier this week, Kiatiphum Wongrajit from the Public Health Ministry confirmed that Thailand could declare Covid-19 endemicearlier than planned.

While a date of July 1 has been thrown around before, Kiatiphum says the virus could be accorded endemic status from mid-June, given the improving situation and ongoing fall in cases.

The Tourism Authority of Thailand is again going to target the “wealthy group of tourists” as it works out its marketing plan as it contributes to the recovery of the Thai economy following a 2-year hiatus due to closed borders and restrictions.
The TAT claims that by focussing on the “rich groups”, —1.93 trillion baht will be generated in 2024 even though the number of tourists will be fewer than in the past years.
The Governor of the Tourism Authority of Thailand, Yuthasak Supasorn, says that more than 1 million foreign tourists have entered Thailand since the beginning of this year.
Yuthasak claimed that different departments were concerned that people worldwide will face financial crisis and high inflation, which could make them “scared of travelling” and spending money. He explained that TAT’s mechanism to deal with this problem was to target wealthy tourists who were less affected by the economic situation.
The governor said the TAT would promote Thai tourism with new tools like Thailand’s “soft power”. He believed that the Thai tourism industry would recover “very quickly”. Yuthasak said he was “confident” that the income earned by 2024 would be the same because the wealthy tourists would spend more money.

Authorities are tackling another monk scandal in Chonburi after Police in the Nongyai district of Chon Buri have busted a local monk with 6 methamphetamine pills, as well as a bag of crystal methamphetamine or ‘ice’.

The police found the drugs in a temple raid earlier this week after locals alerted them about a monk who they were concerned was taking illegal drugs.

The monk, 57 years old Chuchat, claimed the drugs helped him meditate and reach a higher state of mind, even though they are banned by Buddhist regulations.

He admitted to police that he had bought the drugs for himself, but denied selling them or causing problems for others.

The temple’s abbot defrocked Choochart and ordered him to leave the Buddhist monkhood before the police took him to Nong Yai Police Station for further legal action. Police are also investigating to find who Choochart bought the drugs from.

The Thai PM is defending the government’s performance since seizing power in a military coup 8 years ago. Prayut Chan-o-cha says he’s led Thailand through a crisis after crisis and is doing his best to move the country forward.
The PM says at the time he seized power, the nation was deeply divided and mired in conflict, adding that the country was becoming “the sick man of Asia”.

The PM went on to defend the NCPO, saying people still had freedom of expression following the coup —provided they remained within the confines of the law.

Meanwhile, he says the government’s 20-year strategy is essential to turning Thailand into a developed country by 2037. The pandemic has presented a major challenge, decimating the economy as a result of the country’s heavy reliance on tourism.

The PM points out that the international community has praised Thailand’s handling of the pandemic.
He said quote “When the coronavirus crisis eases, Thailand will need investment to spur economic growth. I want everyone to have trust in the government. In times of crisis, the government may not be working as fast as some might expect. But we are determined to tackle all problems. We need to join forces. This is not the time for conflict.” End quote.

Get your rain boots out! The Thai Meteorological Department warned yesterday to expect heavy to very heavy rains in most areas including the north, northeast, central Thailand, the east, the Bangkok area, and the south.

The heavy rain may cause flash floods from May 20th-23rd. Thundershowers and strong winds are expected in every region of the country.

The meteorological department warns that small ships should be careful and stay at the shore during thundershowers, and all transport should be cautious.

Earlier this week, Bangkok flooded many areas after10 hours of torrential rain. The most affected areas are Chatuchak, Lak Si, Don Mueang, and Lat Phrao. In some places, the water level reached higher than 1 metre. The floods caused traffic jams, namely at Ratchayothin Intersection and Ratchadapisek – Lat Phrao Intersection.