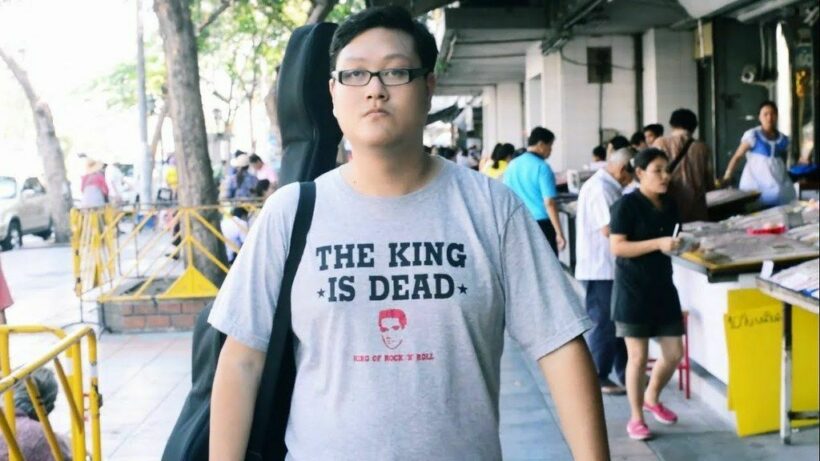 A Thai musician was sentenced to six years in prison today after Thailand’s Criminal Court found him guilty of being defamatory toward the royal family in 2016.

Parinya Cheewinkulpathom, aka “Port Fai Yen,” a member of the Fai Yen band, was accused of posting three messages on Facebook deemed critical of the Thai royal family.

The 37 year old was granted bail on 300,000 baht surety by the court under the condition he does not leave Thailand.

Parinya was arrested by police on March 5 last year at his house in Bangkok after the Bangkok Military Court issued a warrant. His cell phone and a laptop were also seized.

Parinya denied all the charges against him during the investigation and trial. But the court found him guilty on three counts of lèse majesté and imposed a three-year term on each count, but commuted the sentence to six years for his useful testimony.

The International Federation for Human Rights, and Thai Lawyers for Human Rights reported in June this year that over 200 individuals, including 16 minors, have been charged with defaming the monarchy, or on lèse majesté charges, over the past 18 months.