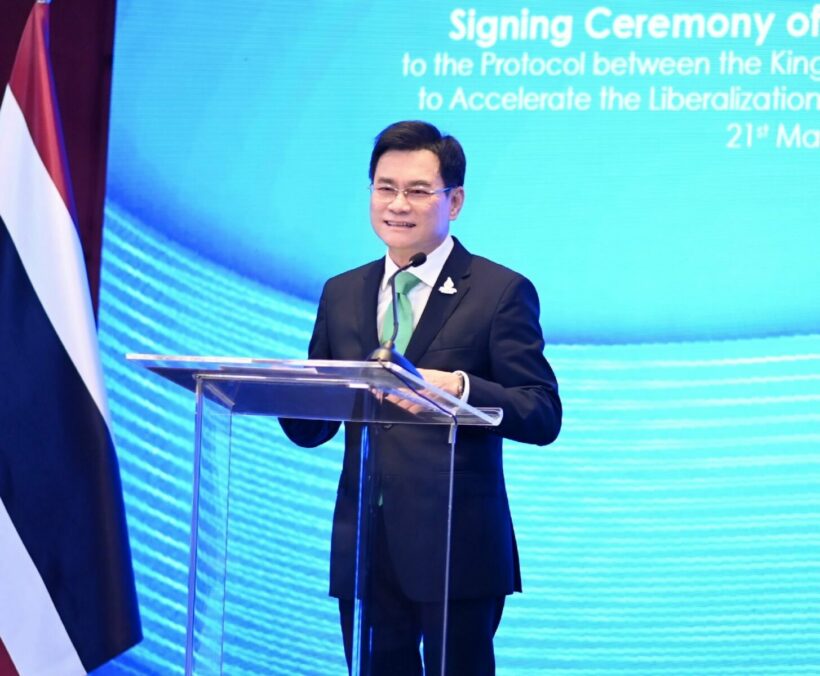 Thailand is looking to exploit the strained relationship between China and Taiwan exacerbated by the visit of Nancy Pelosi to Taipei on Tuesday.

Reports circulating in the media say that China is to embark on a mini-trade war with Taiwan to economically punish them because of Pelosi’s visit, and plans to suspend the import of 35 foodstuff categories from the so-called Chinese province, leaving a gap in the market that Thailand could exploit.

“Thailand isn’t an opportunist, but this would help expand our exportation.”

If media reports are to be believed, over 100 Taiwanese products, including seafood, cooking oil, biscuits, cakes, and instant noodles will be banned.

The Thai deputy PM and Commerce Minister revealed to the media that he had assigned the Department of International Trade Promotion and relevant departments to follow up on the product ban closely and find an opportunity where Thai products could take over.

“I don’t want people to see Thailand as an opportunist. It’s the mission of the Commerce Ministry to encourage Thai products and gain more export opportunities. Some Thai products could replace the Taiwanese ones like instant noodles, frozen fish, snacks, fruits, and drinks. The issue between China and Taiwan doesn’t affect our export for now, but our country needs to gain more benefits from export anyway.”

Jurin added that the Department of International Trade Promotion would hold an Online Business Matching for China importers to meet Thai products on August 24-25. He said 150 importers from China and Hong Kong were registered to join the event.

Where to travel during the rainy season in Thailand