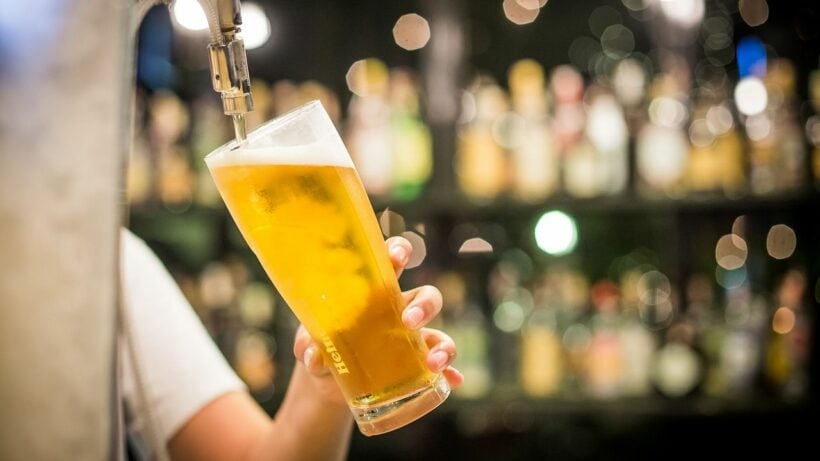 Thailand seems to be lifting gazillions of restrictions lately. In its latest move announced yesterday, Thailand’s CCSA plans to lift its notorious alcohol sales ban from 2-5pm in hotels, starting July 1. According to Tourism and Sports Minister Phiphat Ratchakitprakarn, restaurants and tourist attractions may also sell alcohol during this time, at provincial governors’ discretion.

Phiphat stressed that lifting the ban will hugely boost Thailand’s tourism industry. He said that starting July 1, the country expects an estimated 25-30 thousand international tourists to flock into the Kingdom. He expects to see at least 7.5 million people by the end of 2022, and hopes to push that number up to 10 million. Piphat said that when the tourists arrive, he doesn’t want to ruffle their feathers with the annoying daily alcohol sales ban at certain hours.

“Imagine if some tourists are relaxing in their hotel, and they are suddenly notified that the alcohol is not allowed anymore from 2-5pm. This will surefire ruin the country’s reputation.”

Piphat reminded the public, however, that the lifting of the ban will not apply to convenience stores “at least initially, until more research is done”.

This news comes after reports of 2 other major policy changes on booze and nightlife. Yesterday, the CCSA announced that all of Thailand’s 77 provinces will become “Green” zones (or surveillance areas), allowing entertainment venues to open in all 77 provinces.The CCSA said they will make a further announcement about when this change will come into effect.

We suspect it will come into effect on July 1. When the change comes into effect, venues will be allowed to open until 2am, and 1am in some areas, which have not yet been specified.

Last week, a landmark booze bill in Thailand passed its first reading. The bill seeks to break the monopoly of corporate brewers and provide business opportunities for small-scale brewers and entrepreneurs.