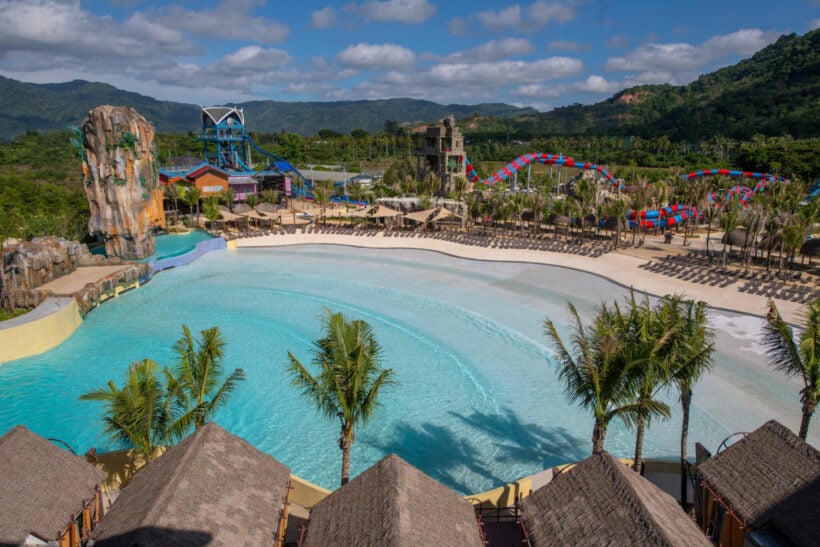 On Saturday, the 4.5 billion baht water park welcomed thousands of guests for the first time, including 1,500 Phuket residents.

The park is home to 12 slides, a 10,000 square metre wave pool and a 550 metre lazy river. But Andamanda is more than a just a water park, it features entertainment venues, retail outlets, restaurants, a floating market and a 300-room Holiday Inn hotel.

Andamanda was launched by the Executive Director of Proud Group – one of the youngest female entrepreneurs in Thailand – Proudputh “Prou” Liptapanlop. Prou is a real estate and hospitality icon whose work goes by the concept of “transcending expectations.”

“I don’t believe in doing something that’s already been done. I think the water park industry has changed over the past 5-7 years… back when we first opened Vana Nava in Hua Hin, there weren’t many water parks in Thailand, or in Asia. The focus was on the rides itself – the tallest, longest and fastest. As consumers become more sophisticated, they are looking for a more authentic experience, not just the slides.”

“How do you integrate the local culture into that experience? At Andamanda Phuket, we integrated Thai mythologies… we have highlights of the Andaman Bay, we replicated the James Bond island, we have characters… we have a floating market… It’s not just a water park… but it’s about the best of Phuket all in one place.”

Former deputy prime minister Suwat believes Andamanda will help Phuket revitalise its tourism industry. Phuket is ready to welcome tourists from all over the world and is hoping to receive 1 million tourists a year, added Suwat.

Scams are on the rise with over 1 billion baht stolen