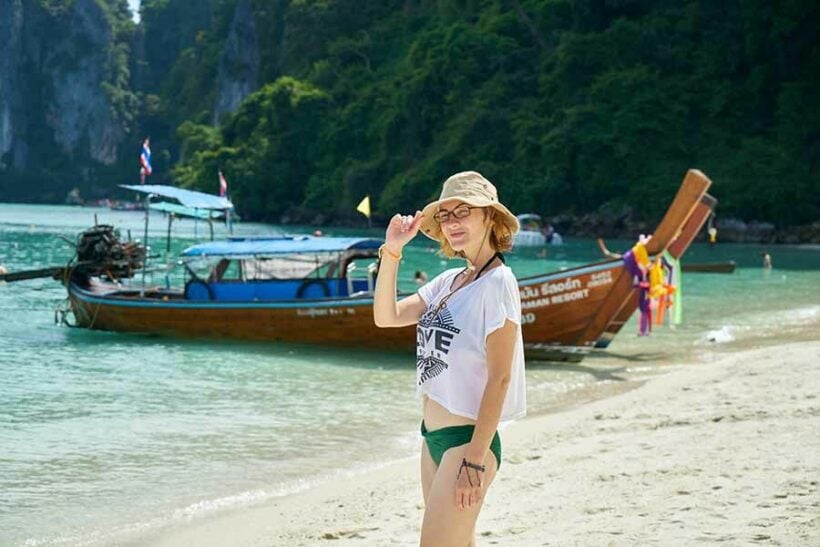 Tourism officials have repeated a bleak prediction that international arrivals in Thailand are likely to drop to an all-time low this year. According to a Bangkok Post report, Tourism Minister Phiphat Ratchakitprakarn says foreign visitors to the Kingdom may only number 500,000 this year.

“If the ongoing outbreak continues past September, the total number of foreign tourists this year might be 500,000 – 700,000, which is similar to the forecast from the Bank of Thailand.”

The Bangkok Post reports that during the first half of 2021, foreign arrivals plummeted to just 40,447, compared with 6.7 million during the same period last year. During the first 6 months of this year, local tourists took 24.6 million trips, a decrease of over 15%, generating revenue of 128 billion baht, a drop of 38.5% year-on-year.

However, tourism officials will not be beaten and have come up with a proposal to create so-called “blue zones” in areas with low infection rates, to attract both domestic and international tourists.

Phiphat says his ministry is working with the Interior Ministry to create “blue zones” in some areas of northern provinces like Nan and Phayao and the north-eastern provinces of Bueng Kan and Loei. A number of districts in these provinces are being considered due to their low Covid-19 infection rates, but Phiphat says the Centre for Covid-19 Situation Administration will need to decide the criteria.

The Bangkok Post also reports that Phiphat met with Phuket governor, Narong Woonciew, yesterday and that the southern island is also considering the introduction of blue zones. It’s understood this will not happen until August 16 at the earliest as the island aims to flatten the curve of infections in the coming 2 weeks.

Phuket re-opened to vaccinated foreign tourists on July 1, under the sandbox scheme, seen as a pilot for the rest of the country. Since its launch, 14,055 foreign tourists have arrived on the island but that number is not expected to exceed 15,000 this month due to the country’s ongoing battle with the pandemic.

What is so important about the Sandbox?