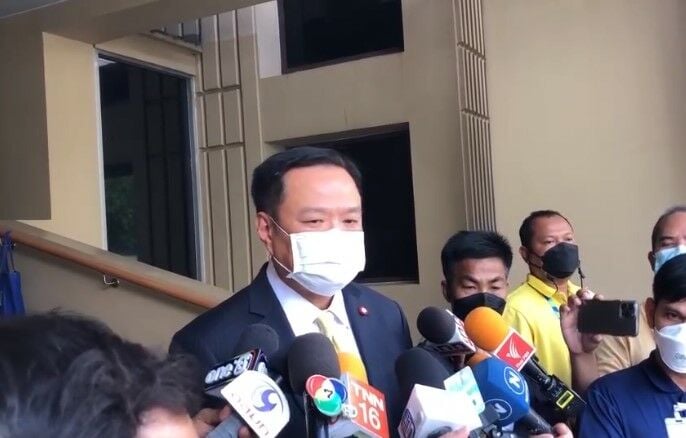 The proposal needs approval from Centre for Covid-19 Situation Administration before travellers can register for the entry program again. The next CCSA general meeting, which is chaired by PM Prayut Chan-o-cha, is scheduled for Thursday.

Registration for entry under the Test & Go scheme was closed following the first local transmission of the Omicron variant in Thailand, but those who had previously registered have still been able to come to Thailand under the scheme. Test & Go allows vaccinated travellers to enter the country with just a minimal quarantine period, typically up to a day, while they wait for the results from an on-arrival RT-PCR test,

With the Emergency Decree put in place at the start of the pandemic still in place, the decision on the entry program, part of the Thailand Pass, is up to the CCSA. The colour-coded zoning with coordinated disease control measures will also be discussed at the meeting and whether to make any revisions.

Anutin said that the Ministry of Public Health understands the economic situation and problems that all residents are facing, adding that he informed the director-general of the Department of Disease Control, Opas Karnkawinpong, that post-pandemic life should be back to normal as much as it can be.

Also, Omicron spread quickly and raise up the case but the symptom is quite mild and Thailand can handle it, the minister said. He also added that health safety was taken into account when the ministry decided to propose the resumption of the Test & Go scheme.

Thai media also asked the minister about the reopening of entertainment venues. He explained that it has to be gradually changed, especially for areas considered to be at high risk of transmissions.

Bars and nightclubs, which have been closed for 9 months due to strict disease control measures, have recently been able to apply for permission to reopen as a restaurant with those in “blue” zones allowed to serve alcohol until 9pm.

Anutin told Thai reporters that these bars-turned-restaurants must truly operate like a restaurant, not like a pub or bar typically would. If venues do not abide by the rules, then disease control measures on the entertainment industry will not be lifted.

Monks were amongst who fled to safety in eastern Myanmar conflicts