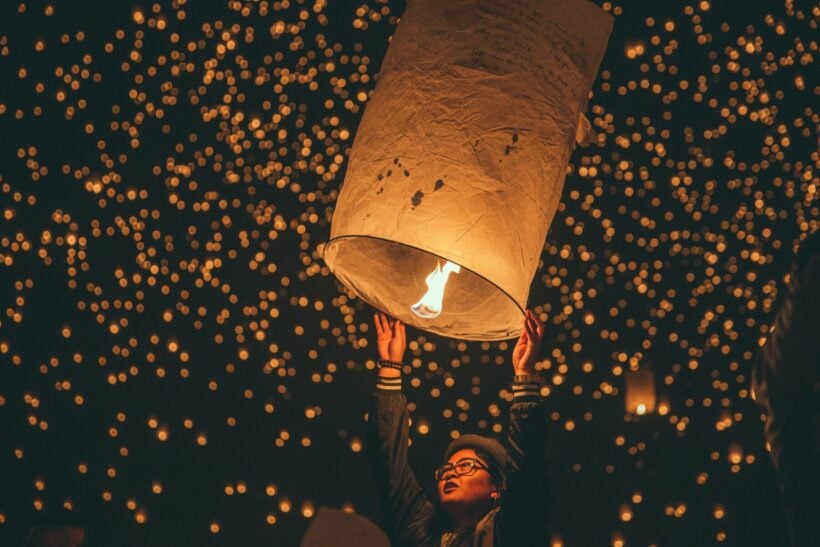 There are so many magical festivals on Thailand’s calendar it’s difficult to choose the best one. But being involved in one of these celebrated events is always enjoyable. It’s also a fantastic way of learning about the tradition and culture in the Land of Smiles.

Here is a list of festivals The Thaiger recommends you experience when you’re in Thailand.

Songkran
Songkran needs no introduction. It is Thailand’s most important and probably most fun festival which celebrates Thai New Year. The festival takes place over 3 days between April 13 and 15, but the holiday can go on the entire week, and it starts with a huge water fight.

People use buckets, water guns, hose lines, and anything else they can get their hands on so they can splash each other with water. Splashing water aside, you will find a lot of people dancing on the pavements to loud music.

You can join in and enjoy the event at popular destinations such as Khao San and Silom in Bangkok. Chiang Mai is another popular destination during Songkran. However, you can be a part of a Songkran in every city across Thailand. Nightclubs always seem to take advantage of the festival by having events of their own, like foam parties.

Loy Krathong
Loy Krathong is Thailand’s Festival of Lights and one of the country’s most important and celebrated festivals. It falls on the full moon of the 12th month, so the date changes every year. People gather along rivers, canals, ponds, and lakes to release rafts into the water.

Those rafts are made out of banana trunks, and they’re decorated with flowers, candles, and incense. The festival is believed to wash away any bad luck in your life, hence letting go of the Krathong into the river, which also signals a fresh start.

The event is not often associated with religion. However, some people take the opportunity to pray and thank the water goddess, Phra Mae Khongkha, as well as to ask forgiveness for polluting or using too much water.

Yi Peng (Lantern Festival)
Plan your travel around Yi Peng if you want to experience one of Thailand’s most beautiful festivals. The annual Yi Peng, or lantern festival, is on the full moon of the 12th Thai calendar month, often in November. Chiang Mai takes the trophy for the best location to hold the celebration. In other regions of Thailand, the event is generally celebrated at the same time as Loy Krathong.

Releasing paper lanterns is a stunning sight to see, especially with tens of thousands of candle-lit paper lanterns rising into the night sky against the backdrop of a full moon.

The purpose is to let go of unwanted memories and previous misfortunes. Lanterns in the past, traditionally were only set off by monks. Everyone is welcome to join in the fun as long as they behave appropriately. Apart from the release of paper lanterns into the sky, the festivities include street parades, cultural events, and firework shows.

Yaowarat, Bangkok’s Chinatown, turns things up a level or two when it’s the Chinese New Year, also called the Chinese Spring Festival. You will come across religious groups, dragon dancers, and people setting off firecrackers. The entire street is alive, and with countless delicious Chinese restaurants, you can dine until your heart is content, or stomach full.

It’s not just Yaowarat that celebrates the Spring Festival. Other areas across Thailand get involved too, especially in shopping malls where there are special sales and events taking place. In Chinese restaurants, there will be dedicated menus just for the occasion.

This festival’s roots are a mix of pre-Buddhist animism and Buddhist tradition. Throughout the 3-day festival, countless locals dress in colourful, horrifying costumes. These costumes have elongated features, and they are painted in vivid colours. The event aims to bring to life a festival that both the living and the dead would want to attend.

Boon Bang Fai – Rocket Festival
Before the start of the crop season, a rocket festival is a significant event that is enjoyed by villages in the farming communities of Issan, north-eastern Thailand. Teams create complex rockets to convince the gods to send showers to aid the growth of valuable rice fields.

Locals parade their handmade rockets throughout the city during the event before firing them into the sky. Generally, a prize is awarded to whoever built the rocket that flies the farthest. On the other hand, those whose rockets don’t go off are punished by being submerged in the dirt.

Phuket Vegetarian Festivals
The festival honours the Chinese community’s belief that avoiding meat and other stimulants will promote good health and tranquility, hence the name, The Vegetarian Festival. The festival’s exotic rituals and unusual performances have made it popular among tourists.

However, it’s not for the faint of heart. People participate in extreme activities, such as walking on hot coals or piercing their cheeks and other body parts with swords. There is also dancing, chanting, and plenty of fireworks.

A huge banquet with tonnes of fruits, vegetables, and a variety of other goodies is available for the hundreds, and possibly thousands, of monkeys who call the area home. If you decide to visit the festival, please keep your distance from the animals. They like to snatch your belongings, climb onto you and possibly take a bite.

The best honeymoon resorts in Phuket for 2022

Malaysian arrested in Bangkok for wildlife trafficking, claims he came for cannabis