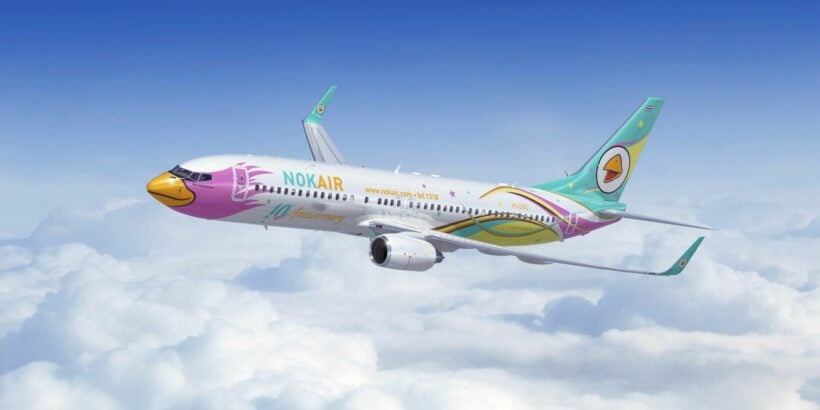 After four years, Nok Air have relaunched the airline’s route between Chiang Mai in northern Thailand and Nakhon Ratchasima – also known as Korat – in northeast Thailand. The route’s inaugural flight took off from Chiang Mai International Airport at 8:45pm yesterday and landed in Korat at 10:15pm.

The route will serve two flights per week. The outbound service from Chiang Mai to Korat will run every Monday and Friday at 8:45pm. The inbound route from Korat to Chiang Mai will run twice a week on Tuesdays and Saturdays at 5:30am.

Ticket prices start at 2,099 baht and are available to buy through the Nok Air website.

A G400 aircraft with a capacity of 86 passengers will serve the route. A total of 66 passengers were onboard the route’s inaugural flight yesterday.

Nok Air said the new route will stimulate the economy by encouraging travel between cities in north and northeast Thailand.

Hopefully, the Chiang Mai to Isaan route attracts more customers than Nok Air’s Bangkok – Betong route, which was swiftly suspended after the route’s inaugural flight in April because the airline couldn’t sell enough tickets. The airline will trial the route again three times a week for the next three months, with the hope that the creation of travel packages boosts ticket sales.

In June, Nok Air announced the launch of the airlines “Pet On Board” service, which allows flyers to take one pet into the cabin with them on the airlines domestic Bangkok – Chiang Mai route only.

Suicidal cop shoots his wife & kills himself in central Thailand

New Bangkok tunnel closed on opening day due to flood