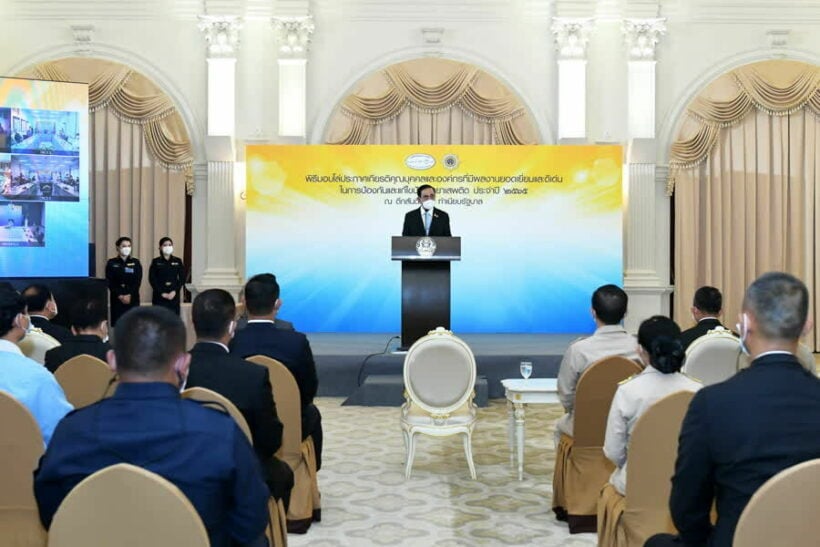 Thailand’s PM Prayut Chan-o-cha has ordered a crackdown on illegal drugs in the country. At an anti-drug award ceremony yesterday, Prayut urged local officials to continue cracking down on drug rings, as well as their financial supporters. However, the PM also stressed that rehabilitating addicts need occupational training to help them rebuild their lives.

Prayut also brought up the need to educate young people about the dangers of drugs. He said there need to be awareness campaigns to promote drug-free schools and communities.

This news comes after Thai police voiced support for a new approach to drugs in the country last week. Royal Thai Police Deputy Inspector Panurat Lakboon said that there is a nationwide shift to get drug users treatment instead of jail time. He said that programmes to solve drug issues are being introduced in 1,483 communities across Thailand.

Panurat noted that the government is providing 50,000 baht to each community that the project is serving. He said that the budget alone is not enough to provide patients with comprehensive treatment, so it is crucial to work with local networks and leaders to expand the project. He said there are currently 300,000 people imprisoned, and 80% of them are serving drug-related sentences.

Time will tell if Prayut, along with Thai police and other officials, will be successful at controlling Thailand’s drug problems, while providing addicts with recovery.