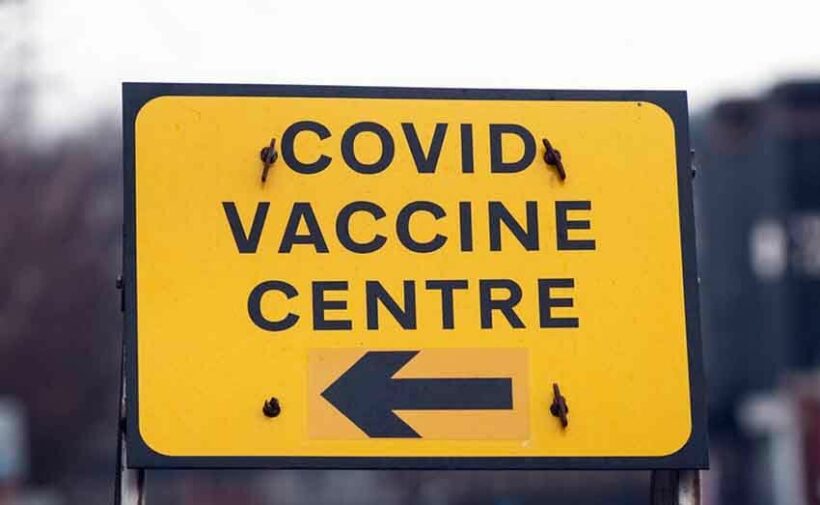 But when they will actually be vaccinated remains up in the air. While a Public Health Ministry spokesperson declared just days ago that Covid-19 vaccines were reserved for Thais, not expats, the government now says that statement was taken out of context.

Yesterday, Opas Kankawinpong from the Disease Control Department confirmed that foreigners living in Thailand would also be vaccinated.

“Anyone living in Thailand, be they Thai or foreign, will be able to get the vaccine if they want it. No one is safe until everyone is safe.”

Opas went on to say that the goal of herd immunity means vaccinating at least 70% of those living here – both Thai and foreign. He says there is an estimated 3 million foreign nationals living in the Kingdom long-term, pointing out that a significant proportion of the migrant worker population in Samut Sakhon has now been vaccinated. The central province was the epicentre of a second wave of infections in December, centred around its fish markets and factories.

According to the Bangkok Post, Opas then went on to say foreigners who want to be vaccinated can contact their embassy. However, judging by the comments on social media, no foreigner who has tried this has had any success. Both the British and Australian embassies have told their citizens that they are covered under Thailand’s vaccination rollout – and that’s that.

Opas says priority for foreigners will be accorded in the same way as it is for Thais. The eldery and at-risk, as well as those living in high-risk areas and people with underlying conditions, will be first in line. Inoculation is expected to be carried out using the locally-produced AstraZeneca vaccine.

Meanwhile, Pensom Lertsithichai from the Foreign Ministry says that from next month, foreigners should be able to register to be vaccinated.

“The ministry is trying their best to help foreigners, so they can either use the mobile app or contact hospitals directly and register to be vaccinated.”

Phuket is a step ahead, with the Phuket News confirming that foreigners working on the southern island can register to be vaccinated from next Tuesday. However, they must be in possession of a valid work permit and have their employer register them on the “Phuket Must Win” website.

Phuket expats without a work permit will be included in the following phase. The island is in a race to vaccinate 70% of its population in order to re-open to vaccinated international tourists from July.